Ethics and Integrity in PR 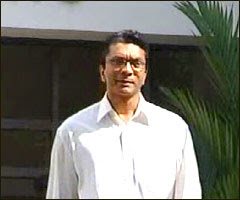 Right now, the biggest news in Singapore is the latest episode of the NKF saga, where the new management team is taking legal action against the old, especially former CEO TT Durai, for gross misappropriation of donor funds and other shenanigans. I will not elaborate on the details of this case as you can probably read it everywhere in the media.

What struck me particularly hard about this case was the issue of ethics and integrity. Of course, TT Durai himself was guilty of multiple transgressions, and he admitted as much himself.
Being a communicator by profession, I noted in particular some of the “PR stunts” that the Deputy Director of Communications in NKF had to perform. Acting on the instructions of the former rogue CEO, she issued emails and memos to staff asking them to “ghost write” (or incite their associates to write) letters to the forum pages in support of TT Durai’s acts.

Of course, there were also numerous falsehoods that the PR team had to perpetuate to the media, acting on the instructions of Durai. The reports further showed that the spokesperson was uncertain of facts, including the number of beneficiaries that NKF then had. This usually does not reflect well on the organisation.

In public relations, just like in blogging, there is a certain code of conduct which we should abide by. That includes speaking the truth, being honest, having a high degree of integrity, and being forthcoming with information as much as is possible. We are also taught that in a crisis, you should not keep silent or worst, deny any wrongdoing when the truth is the direct opposite. The hole becomes deeper the more vehemently you evade the issue.

Some degree of transparency and honesty will certainly help you to be more credible to your stakeholders. Admitting one’s mistake publicly and letting everybody know that your organisation is doing whatever it can in the shortest possible time to rectify it helps tremendously.

Of course, I must add the caveat that it doesn’t mean that we share company or state secrets at the drop of a hat. Some professional discretion is still needed and much of it comes from experience and a good understanding of your organisation. Openly declaring all and sundry won’t do anybody any good, and we all know that not everything can (and should) be explained to everybody on demand.

Another absolute requirement for a PR professional is to know the facts at his or her fingertips. When you are cornered by the media, especially in a critical situation, you need to know the key statistics – how many dead, how many customers, what’s the revenue position like, when and how did an incident happen etc. Ignorance is certainly not bliss in the PR profession.

In truth, it may be difficult for one to find a perfect PR practitioner. We are all human, and we do have our weaknesses. A hard hitting and hands-on CEO can be as difficult to stop as a bullet train or charging bull.

I believe though that one doesn’t need to compromise on one’s values to be a good PR person. Being honest and transparent about one’s failures can sometimes endear yourself more to the public than pompous “I am right” statements.

When push comes to shove, one must be prepared for the worst circumstances should such a day come. That may include losing one’s job. Hopefully, the law will be amended to increasingly protect whistle blowers, whom I hope will sound the clarion earlier rather than later.

Founder of Cooler Insights, I am a geek marketer with almost 24 years of senior management experience in marketing, public relations and strategic planning. Since becoming an entrepreneur 5 years ago, my team and I have helped 58 companies and over 2,200 trainees in digital marketing, focusing on content, social media and brand storytelling.
7 As of Marketing Experiences
Childcare Leave and Dell Heaven