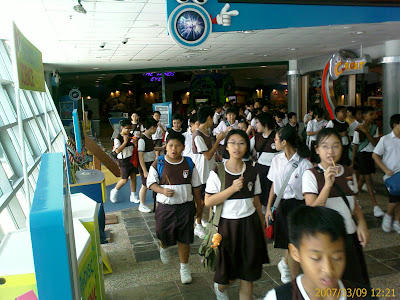 School kids making a beeline for the sake of science!

Since I was a kid, I have always enjoyed visiting the Singapore Science Centre. One of Singapore’s leading attractions and a member of the Museum Roundtable, the Science Centre has managed to reinvent and rejuvenate itself over the years. This can be seen in its growing list of accolades – including one which stated that it is one of the world’s best science museums. Visitorship has also been improving, with close to 800,000 visitors popping through its doors in 2005 and more expected this year.

What are the scientific techniques which lead to its growing popularity? Let me put forward a few educated hypotheses!
!

1) Sterling Partnerships. One of the things which I have noticed is how Science Centre has allied itself closely with the Agency for Science, Technology And Research (A*Star), a prominent government agency in Singapore promoting research and technology. Such associations help to make the centre more popular with parents, who want to ensure that their kids have a good headstart in life.

2) Big Name Blockbusters. In the last two years, Science Centre has brought in some of the biggest names in showbiz and added a scientific twist to it. They include exhibitions like The Art of Star Wars and the Lord of the Rings. Another biggie which always gets people (especially kids) excited are dinosaurs, the its recent show involving a couple of T-Rexes called Sue and Stan enjoyed roaring results.

3) Aggressive Outreach. To better reach the public, the centre has embarked on various initiatives such as roadshows at shopping centres and malls. It has also sponsored various contests, events and awards to draw attention to itself, often working closely with leading brand names like Sony. Such activities help it to enlarge its sphere of influence beyond the boundaries of the centre.

4) Pulsating Programmes. Think science is boring and only for the nerds and geeks? Think again. With an exciting calendar of events, the centre manage to attract not only lab rats but those with more mainstream interests. Its Omni-Theatre for example, has screened leading Hollywood fare like Superman Returns to reach a bigger group. More recently, it has joined hands with the National Heritage Board on an outdoor concert featuring leading local names like Electrico too. 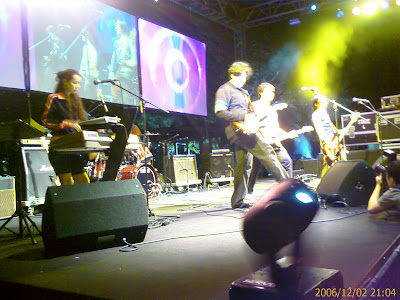 5) Focusing on Key Customers. Anybody who has visited this attraction will realise one thing. Almost everything is geared towards making kids happy and smiley. One of the most popular attractions here is the outdoor water garden, which is always teaming with screaming pre-schoolers as you can see here. 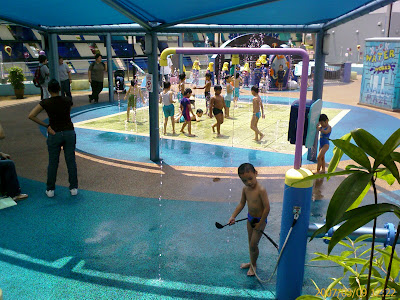 6) Great Guides and Happy Hosts. I have never failed to be amused during its regular hourly shows by the animated show hosts who take time to connect with the audiences. Always ready with a warm smile, these ambassadors of the centre help to light up the environment and make it a fun experience for all.

7) Exporting Scientific Capital. Leveraging on its core assets, the Science Centre has travelled some of its prized exhibits overseas. Such initiatives help to strengthen the brand positioning of the centre, while helping it to achieve greater international acclaim.

8) Making Them Fans. To keep them all coming back, the Centre has also launched a series of membership and loyalty programmes targeted at various interest groups. These cover a wide range – from science clubs in schools to corporate memberships. Science aficionados who are keen to meet like-minded folks while enjoying generous discounts will naturally be drawn to these programmes.

Founder of Cooler Insights, I am a geek marketer with almost 24 years of senior management experience in marketing, public relations and strategic planning. Since becoming an entrepreneur 5 years ago, my team and I have helped 58 companies and over 2,200 trainees in digital marketing, focusing on content, social media and brand storytelling.
Foodie Bloggers
A Spartan Slaughterfest