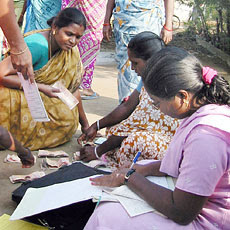 At the recent PR Academy Conference, I had the treat of listening to Pak Hermawan Kartajaya, who is one of the thought leaders in the asian marketing scene. He spoke about how principle based marketing can lead to greater revenue and consumer goodwill in the longer term.

There are four factors which determine the sustainability of organisational branding:
:

Competitors – Local, regional or even global
Change – These are the macro forces driving consumer behaviours like technology
Customer – Our market is no longer local but regional and global
Company – The internal organisational dynamics

Any effective branding strategy should recognise the above factors first and foremost. Once those are considered, organisations should then look at what Hermawan has coined as the 3i Marketing Triangle. They are namely:

Identity – The look, feel and aesthetic embodiment of a brand
Image – The perception that customers have of your brand regardless of how you portray your identity
Integrity – This is where ethics comes in.

One of them is the Grameen Bank in Bangladesh, which offers microloans to the poor without the need for any collateral. Its founder Professor Muhammad Yunus was awarded the Nobel Peace Prize for 2006. The bank provided basic necessities and functions almost like a government. To date, it has issued close to US$5.7 billion worth of loans to some 6.67 million borrowers, 97% of whom are women. This enterprise is so hugely successful that they even entered a joint venture with Danone to form Grameen Danone Foods!

Another example is Toyota’s Prius, a hybrid vehicle which is fast gaining and traction even amongst gas guzzling American motorists. Toyota’s emphasis on sustainable and socially responsible processes helped it to rise to become the number one car maker in the world.

Other examples include the Body Shop, whose founder Anita Roddick is well known for being a vocal activist in saving the environment, as well as Banyan Tree, which works with the communities in which its resorts are located.

Both the ideas of Innovation and Lovemarks were then shared by Hermawan. Innovation is the process of introducing something new which results in (hopefully) radical improvements.

Lovemarks is coined by Saatchi and Saatchi CEO Kevin Roberts. Its basic premise is that the heartshare is more important than marketshare which in turn takes precedence over mindshare. More details of Lovemarks here.

The session ended with a rather esoteric concept of how a company’s Mission, Vision and Values should be in sync with the Mind, Body and Spirit of customers. Companies should then evolve their marketing strategies in the following manner:

I personally found the last portion a bit difficult to swallow. At the end of the day, marketing is really about a transaction between and organisation and its customers in return for a service or good. Equating it to religion may be stretching it a little too far.

Founder of Cooler Insights, I am a geek marketer with almost 24 years of senior management experience in marketing, public relations and strategic planning. Since becoming an entrepreneur 5 years ago, my team and I have helped 58 companies and over 2,200 trainees in digital marketing, focusing on content, social media and brand storytelling.
Make Room For Ikea
Off to Krabi!