Are We Chasing Bright Shiny Objects? 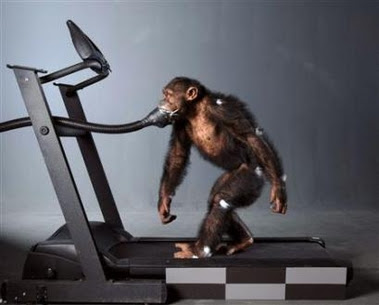 Read this brilliant post by Steve Rubel of Micro Persuasion fame. The main thrust of his post is that it still all boils down to understanding good old human behaviour as opposed to simply chasing the latest, greatest and coolest out there in the planet.

“…Every day it seems there’s a hot new Web 2.0 site that captures our attention.

In 2003 it was Friendster and Linked In.

Then in 2004, thanks in part to the election, blogging began to get really big.

The year 2005 brought us photocasting (Flickr) podcasting (iTunes) and vodcasting via YouTube. By the way note the headlines “Internet craze” headlines listed here circa 2005.

In 2006 we saw a big revival in social networks with MySpace (a client) as well as the virtual world boom.

This year it’s all about micro – Twitter, Jaiku, Pownce plus little web apps everywhere, on widget platforms, Facebook, the iPhone.

All of this leads me to the photo above. The Web 2.0 construction boom is bigger now than it ever was. Techcrunch, Scobleizer and Mashable leave me all breathless. It’s like watching the cranes of Dubai rise. We’re a million monkeys running on treadmills, chasing the latest banana. Myself included! The breathing apparatus in the photo above reminds me of my Google Reader stream!”

As a media socialist and an advocate for new ways of marketing and communicating, I wonder sometimes if we are going overboard with this obsession with new media. Certainly, the web 2.0 movement (or rather social media movement as Jeremiah Owyang would call it) has led to significant changes in the way we work, live and play. We should still remember that the core of any tech-enabled channel is the value that it brings to existing patterns of human interaction and behaviour.

This brings me to an old saying that technology should support business rather than the other way around. Of course, there are examples of how technology has revolutionised behaviours like the Internet for instance. However, attempting to change people’s natural behaviours to fit a new fangled social media platform isn’t going to cut it over the long haul.

I may have a gazillion contacts on my Facebook, Linked-in, Twitter, Mybloglog etc, but I am only likely to interact frequently with a much smaller group of people.

Founder of Cooler Insights, I am a geek marketer with almost 24 years of senior management experience in marketing, public relations and strategic planning. Since becoming an entrepreneur 5 years ago, my team and I have helped 58 companies and over 2,200 trainees in digital marketing, focusing on content, social media and brand storytelling.
Viva Las Vegas!
6 Reasons to Buy This Book