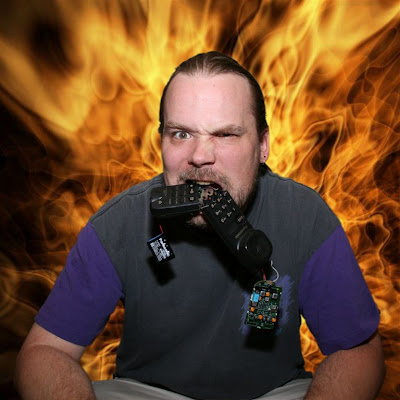 This incident which happened five months ago riled me so much that I still remember it to this day. I guess it was triggered from the recent spate of telemarketers assailing my private space. Yet again.

Ordinarily, you would think that telemarketers wouldn’t bother selling to public officers. After all, most of us are bound by certain rules and regulations to ensure proper governance. There are certain procedures to follow to ensure that public funds are well spent.

Well, I was wrong.

This most extraordinary form of harassment came from a very insistent telemarketer who called me all the way from London. Yes, you heard it right. He had a clear distinct foreign accent and was trying his utmost to convince me to take up a particular outdoor advertising package in celebration of Singapore’s 42nd birthday.

Now, there were a few problems here:

1) I heard TWO voices instead of one, with a person in the background reciting something and the telemarketer following it word for word. It sounded as if he was a robot following instructions from another person.

2) He didn’t give me a chance to speak most of the time when he recited all the gazillion benefits and reasons why I should take up an advertising package.

3) The caller appeared to be oblivious to the fact that I cannot just commit to spending tens of thousands of dollars without some internal procurement procedure. He probably thought that I owned the organisation or company, which was far from the truth.

4) When I asked for a website address for his organisation, he seemed reluctant to give it to me until towards the end. What seemed very strange was that the website had absolutely no indication of the offer which he spoke to me about.

5) The caller kept pressing me for a decision, asking me to give him a time the next day to call back and “close the deal”. I said that I will call him if we are keen but he insisted that he should call instead and that I should decide soon.

6) As the caller claimed links to various national bodies and committees handling national level events, I asked for a name and designation that I could contact to verify this. He didn’t give me any in the end, saying that it wasn’t necessary as they were the officially appointed agent.

7) Towards the end, I asked him to email me with all the particulars of the deal, including normal rack rates, special discounts and the full entitlements. I gave him my email address too. He never got back to me with a black and white.

At the end of the tele-conversation, I didn’t know if I was speaking to a scam artist or a bona fide organisation. All I do know though was that it was probably interruption marketing at its worst. Something that we should never ever do on anybody in this lifetime or the next!

Founder of Cooler Insights, I am a geek marketer with almost 24 years of senior management experience in marketing, public relations and strategic planning. Since becoming an entrepreneur 5 years ago, my team and I have helped 58 companies and over 2,200 trainees in digital marketing, focusing on content, social media and brand storytelling.
How to Manage Winning Award Ceremonies
Waiting for the Passage of Time