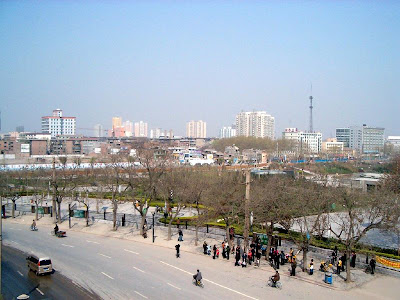 Following a tip-off from Jessica Greenwood at the recent Verge event, I went to do some online sleuthing to find out more about China’s ambitious plans to create the world’s largest virtual world.

In case you do not know, the number of internet users in China has already eclipsed that of the United States, and blogging has taken the huge country by storm. More and more Chinese are relying on online sources of information, opinions and news. E-commerce has also taken off with predictions that more than a million internet entrepreneurs may be born.
Another trend which is causing the huge growth in China’s online forays is its one-child policy. Without siblings at home to interact with, more are spending time online and participating actively in social networks. People do need people after all.

This idea to create the largest virtual world ever is created through a partnership between Entropia Universe, online company Cyber Recreation Development Corp (CRD) and the Beijing Municipal Government. Some of the numbers generated by this colossal collaboration are staggering:

Called the Beijing Cyber Recreation District (CRD), this ambitious undertaking looks at creating a three-dimensional universe on the Internet entertainment, work, commerce, community building, culture, and much more. It will transform China from a “manufacturing superpower into an “e-commerce juggernaut”.

One of the major premises behind this idea is that China is already the world’s factory. By eliminating all middlemen – brokers, shippers, suppliers, distributors, dealers, retailers, licensees – costs could be kept extremely low and attractive for all users in the virtual space. Need a new pair of pants? Just click on, explore, purchase and voila! its at your doorstep.

Will the CRD take over eBay as the numero uno e-commerce site in the world? Only time will tell apparently.

First, they need to fix the issue of tweaking their factories to manufacture for niche markets in an efficient manner. Next is the challenge of delivering goods and services around the world in a quick enough fashion to make the business proposition viable. Most importantly though is the issue of service standards and warranties, which is almost a given in an internet-enabled e-commerce world.

I think what takes the cake is that the look, feel and user experience for their all-in-one portal must cater to a global audience. If you look at their existing website now, it will probably be quite a long shot if you ask me.

Founder of Cooler Insights, I am a geek marketer with almost 24 years of senior management experience in marketing, public relations and strategic planning. Since becoming an entrepreneur 5 years ago, my team and I have helped 58 companies and over 2,200 trainees in digital marketing, focusing on content, social media and brand storytelling.
Corporate Blogging Isn’t Just Fun and Games
We Are Still Living in a 1.0 or 0.0 World