Are We Ready for Generation Y? 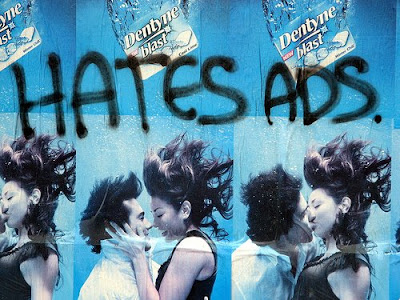 “Born: technically, 1977-1998. I’m talking about the group born post-1990, who are 0-19 years old right now. Optimistic and confident. Believe everyone should have their own path. Communicative but not necessarily classically social. View lifestyle as a right, not a privilege. Digitally trained. Don’t so much reject rules like Gen Xers, but see rules as irrelevant. Same with some institutions.”>

Contrast this with people from my generation (the Gen X-ers) who are described as such:

“Born: 1965-1976. Grew up in largely prosperous times. View higher education as a right, not a privilege, and in some cases as a long frat party. Expect a very high standard of living. Bright and accepting of diversity. Not disciplined savers. Live in the shadow of the great Boomers. Change junkies.”

Naturally, it goes on to describe people from the generation before me, who are the Baby Boomers:

“Born: 1946-1964. Rejected the ideals of the Old Guard. Sparked the turbulent sixties. But ended up in many instances following a similar path as their fathers and mothers (wearing suits or carrying lunch pails to similar jobs). Worked incredibly hard and grew the economy like crazy. Conflict averse.”

The article went to highlight some possible strategies for dealing with Millenials for Small Businesses. They include parcelling work out in projects as opposed to routinising it, providing more direct and immediate feedback as Gen Y-ers are more used to instant responses, as well as structuring work such that overtime and overwork is minimised (since quality of life seem to be a bigger emphasis now).

While I don’t totally agree with the author’s views – for instance, I don’t think people of different ages can be segmented so neatly into Baby Boomers, Gen X, Gen Y alone – there are some points that we could take note of as marketers.

Gen Y customers (or potential customers) are not going to just swallow everything that you feed them wholesale. Their degree of scepticism and cynicism over what’s good value or not will increase significantly as their access to knowledge increases manifold over their predecessors. They also have an increased demand for instant answers that need to be met.

One I could think of immediately is to be able to provide as much as information as possible through online (or offline) means such that Gen Y-ers don’t have to search for them elsewhere. An air of mystery is no longer an attractive thing if the answers are provided elsewhere. What companies should do is to see if they can provide FAQs that are comprehensive, useful and detailed.

Another point which companies should do is to be enlightened about what others are saying and to respond to them on its own platform. If you find that a 3rd party has something negative to say about your product or service (in a forum, blog, tweet, Facebook note, of other public platform), address that point in your own website. Conversely, if a customer raved about your product or service, don’t be afraid to highlight him or her (with permission of course).

Don’t be afraid to collaborate and work with allies in marketing. Gen Y-ers are not going to believe what you say all the time, so its good to have another person say it instead of yourself. Be diligent in trawling the social media spaces (as well as other Gen Y hangouts offline) for these points, because Gen Y-ers are much more likely to be open about their views to the whole wide world if they love your product and service.

The advent of social media also mean that companies have to be ready to answer any questions here and now if possible. Try to allow as many different ways for them to reach you as possible, including having a Twitter account, a Facebook page, hosting of a forum, and of course the usual emails, phone numbers, and even snail mail addresses. Getting them to wait until Monday and to call you from 9 am to 5 pm (with lunchbreak from 12 nn to 2 pm) just isn’t going to cut it.

Another point is to reach them through a more soft-selling, organic and natural fashion. Outright in your face marketing – we call it spam – is terribly unwelcome in this day and age. Gaining the trust of Gen Y-ers, who are only going to join the workforce in an age of financial deceit and economic recession, will require a lot more sincerity, honesty and listening. Just being slick and professional alone may not be enough. You need to be tuned into their world on a regular basis and not just because you want to sell them something. Listen, engage and discuss as opposed to preach, command and sell.

What do you think about reaching Gen Y-ers? Are there points that one should take note of? More importantly, are they truly any different from the older generations?

Founder of Cooler Insights, I am a geek marketer with almost 24 years of senior management experience in marketing, public relations and strategic planning. Since becoming an entrepreneur 5 years ago, my team and I have helped 58 companies and over 2,200 trainees in digital marketing, focusing on content, social media and brand storytelling.
Australia’s Largest Public Gallery – NGV International
Experiencing the Big “O” at University of Melbourne