From Word of Malice to Word of Mush 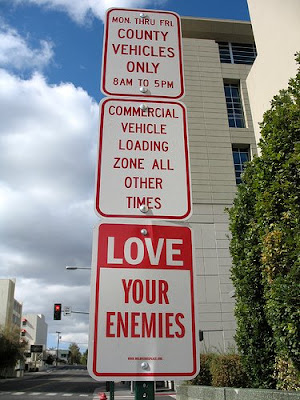 One of the most important skills needed to propel one’s efforts in social media is the age-old act of relationship building. To move any social media outreach, blogger relations or online evangelism effort through the long haul, one needs to have a group of believers, and to put in extra effort to build relationships with fellow digital denizens.

Just having a great blog or a nifty social media application isn’t enough if people don’t care enough about you or your organisation to want to be a part of the action. You need to invest in winning their trust and often their friendships too.
If things are fine and dandy, social media relations should be a piece of cake. What happens though if things turn awry (or even downright ugly)? How could one possibly handle the onslaught of a thousand negative blog posts, forum threads and comments?

There are several personal philosophies which I embrace, which has helped somewhat in ameliorating the effects of potential sources of online conflict.

Second, try to see things from the other party’s perspective. This is actually a basic Seven Habits truism – “Seek first to understand, and then to be understood”. Take some pains to understand the psychology behind specific negative reactions and find ways to address those points without losing your original motive.

Third, be assertive with your point but be open to alternative viewpoints and ideas. Nobody has a monopoly on knowledge and sometimes, differing views do bring about a more robust strategy. Be thankful that there are people out there who are willing to become your devil’s advocate. Humility is a treasured virtue in the virtual world.

Fourth, be able to discern the wheat from the chaff when evaluating online responses. You cannot expect to please everybody out there, and there will eventually be differing views despite your best efforts. Focus your attention and efforts on those who offer genuine solutions rather than others who may an axe to grind.

Fifth, it is important to respond quickly but not directly from your gut. In the heat of the moment, one may sometimes forget oneself and say something that one may regret later. Moderate and measure your responses accordingly, and try to think in an objective manner as much as possible.

Sixth, never ever engage in a tit-for-tat flame war online. Things will only escalate into a slugfest, and possibly result in an ugly finish. Where possible, use your own platforms to communicate the message and consider feedback and inputs where practical and feasible.

Seventh, be willing to give and take, and think of possible win-win solutions. Most of us are adults and level headed individuals in real life (we don’t go around scolding strangers or cursing others in a coffee shop or company meeting!) so there must be some degree of decency and civility in each and everyone of us. As the great Mahatma Gandhi has said, “An eye for an eye will make the whole world blind”

Finally, and most importantly, be sincere, candid and honest. If you do not know the answer or did something wrong, admit that this is so. I like how President Barack Obama has been exceptionally candid about his recent mistakes in selecting candidates for his cabinet posts. It shows a level of maturity which others will admire, respect and appreciate you for.

Founder of Cooler Insights, I am a geek marketer with almost 24 years of senior management experience in marketing, public relations and strategic planning. Since becoming an entrepreneur 5 years ago, my team and I have helped 58 companies and over 2,200 trainees in digital marketing, focusing on content, social media and brand storytelling.
My First Day in Melbourne
Transforming Yesterday.sg Plus NHB’s Social Media Strategies