Formed to stop this worldwide scourge, MTV EXIT is a campaign about freedom which aims to increase the overall awareness and prevention of human trafficking. It does this through television programmes, online content, live events, and partnerships with anti-trafficking organizations.  Working with a wide range of government agencies and NGOs, its partners include international bodies such as the UNIAP, World Vision, ASEAN, USAID (key partner), and AusAID (key partner).

Through the use of digital media and the influence of the universal language of music, MTV EXIT has influenced young people across the world, raising awareness and providing education/vital information on how potential victims can protect themselves from traffickers. This critical approach has enabled MTV EXIT to reach out to millions across Southeast Asia, improving their understanding and highlighting the disastrous consequences of this criminal activity.

Leveraging on MTV’s television networks, The “Enslaved” series is part of a series of documentaries that details the stories of victims across Asia. To maximise its purpose and reach, it is made available in various local languages including Tagalog, Khmer and Myanmarese. Each version is customised to its market.

To give added star power to its cause, MTV EXIT appoints celebrities to helm its campaign. The latest star-studded happening is the appointment of one of Vietnam’s leading pop stars, Mỹ Tâm as the new MTV EXIT Celebrity Ambassador to Vietnam.  There, she will host the half-hour Vietnamese documentary film, Enslaved: An MTV EXIT Special. 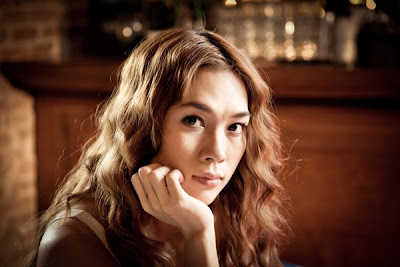 Partnerships with Schools and Youth Associations

MTV EXIT partners with schools and youth associations to organise youth forums and roadshows. The aim is for youth leaders, particularly from rural/less privileged areas, to spread the message in their communities. These volunteers help to generate greater word of mouth amongst their respective networks, engendering a greater efficacy in the campaign’s reach and influence.

Through their celebrity clout, MTV EXIT invites international and local acts to perform at no charge for its cause. The most recent concert held in Phnom Penh on 17 December 2011 galvanised more than 40,000 fans and advocates. Coming up is a massive live concert at Hanoi’s My Dinh Stadium on 26 May featuring international modern-rock sensation, Simple Plan. 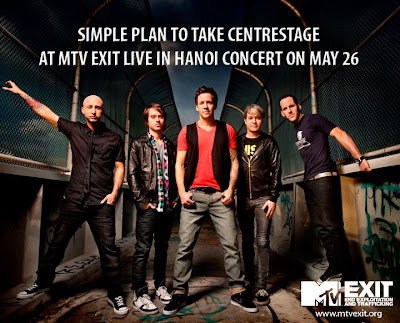 Here in Singapore, our government recently announced a National Plan of Action against Trafficking in Persons with an Inter-Agency Taskforce that will work closely with NGOs and other relevant organisations to combat this crime against humanity.  A major development will be an upcoming conference organised by HOME titled “Developing Partnerships to Combat Human Trafficking” which will feature MTV EXIT’s Matt Love. Finally, MTV EXIT is also hosting its first-ever multi-media exhibition on human trafficking in Vietnam as part of MTV EXIT Youth Sessions. The display will give Vietnamese youth the opportunity to learn about human trafficking by interacting with the issue through different creative mediums. It will be segmented into a series of different spaces, such as video, music, installation, photography, and interactive activities to facilitate a dynamic learning experience.

To do your part to stop human trafficking, join the fight on MTV EXIT’s website today.

Founder of Cooler Insights, I am a geek marketer with almost 24 years of senior management experience in marketing, public relations and strategic planning. Since becoming an entrepreneur 5 years ago, my team and I have helped 58 companies and over 2,200 trainees in digital marketing, focusing on content, social media and brand storytelling.
Scooting off to a Great Flying Start
How To Build Better Attractions with Storytelling