Farewell to Our Dragon Boaters 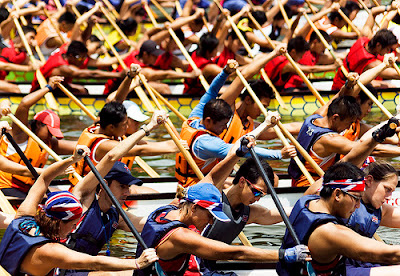 It was a terrible tragedy and one of the saddest news which hit our shores this year. Till now, many of us are still reeling from the fact that five of our strapping young men gave their lives to a murky river in Cambodia. Victims of strong undercurrents and hostile rowing conditions, they represented some of the best athletes our nation has produced. The sadness of their family members and friends must be immeasurable.

I used to be a dragon boater, though not at the national level like the boys. I recalled watching the national team trained before – hulking, tanned and ripped guys who looked like bodybuilders (no kidding). I rowed for the Singapore Armed Forces Sports Association (SAFSA) during my NSF days and subsequently the National University of Singapore (NUS) where I studied. Although I wasn’t in the A-team, I had a chance to strengthen my fitness and health during those years. Something which I would be eternally grateful for.