Can You Make Money from FREE? 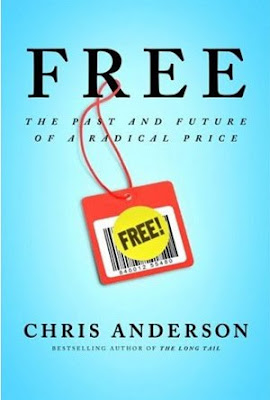 Well, apparently Chris Anderson, author of New York Times bestseller The Long Tail and editor-in-chief of WIRED magazine, seems to think so. Moreover, you can still make a decent living out of it.

In his book, FREE: The Future of a Radical Price (which you download completely for FREE though I have the paid paper version), Anderson shared that charging people $0.00 for goods and services can only be possible primarily through cross-subsidies. These could take the following routes:

1) Direct Cross-Subsidies where everybody pays eventually one way or another (eg one-for-one free deals for DVDs). This is prevalent in retail outlets and consumer goods markets involving physical products;

2) The Three-Party Market where a third party (normally advertiser) pays to enter a deal for content, services, software and more between the producer and the consumer. Principally, the entire media industry was built on this model;

3) Freemium, whereby the basic product is free, but the premium product needs to be paid. Here’s where the software and online application/gaming market stands;

4) Nonmonetary markets like the Gift Economy (goodwill and development of reputational currency), Labour Exchange (where information like search patterns, survey forms are used in exchange for free services/goods), and Piracy.

Backing these business models throughout the book are an entire truckload of case studies from both the digital and physical worlds. A total of 14 sidebars citing examples of Free Music CDs, Silverware, DVRs, Secondhand Goods, and even Air Travel and Car, the book provided lots of food for thought on ways in which companies monetise using FREE as a bait. There are even 50 business models at the end of the book with examples of how FREE works in various industries .

Citing history, economics, psychology, and sociology, Anderson does a fair amount of anecdotal research on the inevitable march towards freedom. A large part of the book also spoke about how technological progress (as cited by Moore’s Law) doubles computing factors like processing speed, bandwidth, and storage while halving their costs over specific time variable (eg 18 months).

The plummeting of costs has led to the democratisation of information and access to almost anybody and everybody. With abundance economics becoming the name of the game, and digital content becoming “too cheap to meter”, companies then have to forego traditional means of making money (charge everybody) and innovate with new models (charge a few, give everybody else free).

This is most prevalent in the media and gaming industries, where content is tiered depending on the levels of customisation, amount of detail, and format in which they are consumed. Unfortunately, FREE has also shrunk the media and content markets, and this appears to be an irreversible trend.

In his book, Anderson claims that even piracy – considered the greatest scourge of capitalism in the Western world – is actually beneficial in helping companies to generate far greater market awareness than they would otherwise have in markets like China. Gucci, Chanel and Prada – the real versions – are now highly sought after by young urban Asians who have made enough to wean themselves off counterfeit fashion goods.

Personally, I am quite sceptical about such a rose-tinted view of low-price/no-price business models. Unless you have a huge enough cachet like Youtube, Facebook, Twitter and of course Google, it will be difficult for smaller players to find ways to monetise FREE. Even Twitter is still struggling to find a business model which truly works for itself.

If we look at creative content, the picture becomes even more sordid. While some musicians can organise a concert or sell branded merchandise (like T-shirts and caps) to cream off profits that they lose through illegal music downloads, the majority of struggling creative producers will find it harder than ever before to generate a livelihood. Not everybody will want to atend a live performance nor purchase physical memorabilia.

Overall, however, the book provided a good understanding of how commerce would develop in an increasingly connected, digitally enabled and virtually abundant world. It would be a good read for folks who hope to chase that ever elusive customer dollar.

Founder of Cooler Insights, I am a geek marketer with almost 24 years of senior management experience in marketing, public relations and strategic planning. Since becoming an entrepreneur 5 years ago, my team and I have helped 58 companies and over 2,200 trainees in digital marketing, focusing on content, social media and brand storytelling.
Please Let Me Be Alone!
How To Finetune Your Social Media Strategy