“…the use of IT to socialize and commoditize government services, processes and data.”

“Government 2.0 is about the use of technology to encourage a more open and transparent form of government, where the public has a greater role in forming policy and has improved access to government information.”

Expanding on these two definitions, there are probably several pillars involved in embracing a Gov 2.0 strategy. In my mind, they are:

5) Decentralisation of government services to citizen communities, companies and nonprofits

Many governments around the world, especially in Western economies, have embraced these core tenets of Web 2.0 in efforts to provide better services to their citizens. The core ideas behind these platforms is to improve the levels of connectivity and communication between government and citizen:

– The American Federal Government is one of the most 2.0 enabled government. There is an entire list of ways to connect with the US government through various social networking channels – blogs, podcasts, Facebook, Twitter, Youtube, webchats, photos, and more. Public officers can also network and share content on Govloop, a Federal government initiated space. By now, of course, everybody would have read or heard of how President Barack Obama employed Web 2.0 in a big way for his Presidential campaign efforts. 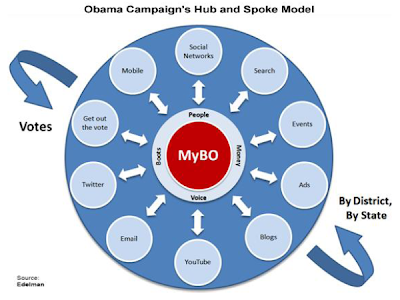 – In the UK, several interesting possibilities have emerged, ranging from access to public health information, e-petitions to the government, as well as local grounds-up initiatives like FixMyStreet (where citizens report damages to public amenities), and Pledgebank (a platform for communal action and activism). British politicians are also bending it like Barack (Obama) and more are embracing social media.

– Down under in Australia, the use of Web 2.0 tools in providing public services is well documented here. In fact, the Aussies are so serious that they have drafted a comprehensive Government 2.0 Taskforce Report here. Of special significance are efforts in Emergency 2.0 which reported on social technologies for crisis management – check out this case study on using Twitter for the Feb 2009 Victorian bushfires.

In this nascent stage, Governments are surprised by how prevalent social networks like Twitter, Facebook, blogs and wikis and significant. At this stage, Gov 2.0 was certainly at its infancy not just in the US, but the rest of the world. I suppose this was also the stage whereby governments around the world quickly tooled themselves up for the realities of this new space.

This occurred after the Obama election, and particularly after his inauguration. In the White House, for instance, the “goverati” formed the core of a movement to bring the White House vision of a more transparent, collaborative, and participatory government to fruition.

Around this time, the term “Open Government” also became popular. This summed up a philosophy of how government should work for people, to social media, social networks, cloud computing, mobile technology, open source, open technology/interoperability, to topics like cybersecurity and privacy of citizen data. Experimentation was the key then.

In O’Reilly’s radar, the landscape of Gov 2.0 in early 2010 is shifting once more. A more critical and questioning approach is embraced in the use of technology, placing greater emphasis on stable, reliable, legal, interoperable, and complete solutions to government problems. Examples like Crisis Camp Haiti, the Iranian elections and other global issues show the way.

Many government agencies also beginning to take a more serious look at Gov 2.0 metrics which goes beyond the number of followers/fans/comments/links. The critical thing now is to measure “how many truly unique comments you get that are actually novel and useful, that actually lead to change”. Its quality as opposed to quantity. A greater partnership approach is also adopted where governments link up with companies to provide services to citizens.

The Future of Government 2.0

So what’s the future of Government 2.0 like? The way I see it, the adoption of social technologies and a more inclusive approach to governance appears to be inevitable, judging by the generational shifts from the Baby Boomers to Gen X, Gen Y and the Millenials (who are all digital natives).

Perhaps a more collaborative and engaging approach may be embraced, harnessing the power of social technologies (mobile or otherwise) to tap on the collective wisdom and imagination of the citizenry to resolve thorny issues. Government agencies may also work more closely with companies and citizens to jointly develop solutions to public problems or challenges, relying on crowdsourcing approaches that go beyond traditional face-to-face focus groups and feedback sessions.

Founder of Cooler Insights, I am a geek marketer with almost 24 years of senior management experience in marketing, public relations and strategic planning. Since becoming an entrepreneur 5 years ago, my team and I have helped 58 companies and over 2,200 trainees in digital marketing, focusing on content, social media and brand storytelling.
nex – Colossal Cathedral of Consumption
From Wet Markets to Web Markets