They say you can’t judge a book by its cover. Well, Futuretainment by “digital anthropologist” Mike Walsh with art-direction from Vince Frost proves that age-old adage wrong, scoring on both looks and content (you may want to check out its website too).

Walsh, the CEO of consumer innovation research agency Tomorrow, doesn’t just know a lot about consumer trends in entertainment, he looks like an entertainer (the rockstar variety) too!
! 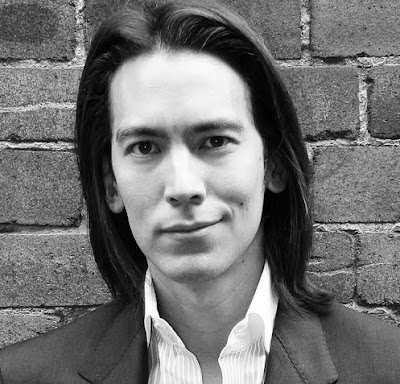 Aesthetic jokes aside, Futuretainment packs a good dose of wisdom in the form of 23 insights on how social media and technologies change the way entertainment is consumed. Crisply written with cleverly crafted copy and headers (eg “change always appears incremental until it’s too late” and “fact is a function of fiction”), the book uses a mixture of design, photos and text to bring the message across.

Walsh’s manifesto for the future is divided into three main sections, namely Reset, Play and Power. I’ll cover these briefly in turn.

This first section covers the key observations in how changes in media and technology drives how we consume entertainment. We’re now in an age of revolution, where mass produced media is replaced by citizen generated media. Digital piracy (or its euphemism “information wants to be free”), ubiquitous networks in multiple formats, and “always on” availability also means that entertainment consumption is done wherever and whenever one chooses.

The phenomenon of snowballing crowd responses – comments, ratings, reviews, tags, links, and sharing – results in a more adaptive way in which content is consumed. It results in a cascading chain effect which helps to exaggerate the differences between the winners and the losers in this game.

Play – You see children playing; I see future soldiers of the Revolution

This next section focuses on how the digital natives behave and consume entertainment. The future will be one that is social, serendipitous (accidental discovery as opposed to purposeful search), viral, and oriented around multiple avatars. Always connected lifecasting will be more commonplace, especially with geotagging mobile applications, and consumers will crave for authenticity.

Screen shifting from mobiles to cars to offices to homes will be commonplace and entertainment will largely be a screenfest. The web’s continuous pulse – like a 24 by 7 hive of millions of users – will result in an ever dynamic, ever flowing system. Mash-ups will also be commonplace, and content will no longer be neatly sealed and packaged but “remixed, reissued and then re-distributed”.

Power – Your only power is knowing you now have none

Yes, Walsh makes it sound ominous for companies, but it doesn’t have to be truly so. According to him, you should look at the entire package of stuff that surrounds the core content – reviews, recommendations, ratings, remixed stuff. Keepers of walled gardens should also beware as audiences are looking at customised “slices of entertainment” that are aggregated for them. Keeping to a broadcast schedule in front of the goggle box will no longer be relevant.

What about the platforms for future entertainment? Well, they will offer micro transactions, targeted advertising, user-generated content (UGC), intelligently engineered data, allow feedback, as well as be open and persistent. Revenues will no longer be possible through direct content or distribution (eg music, TV shows), but be gleaned from events, merchandise and secondary content. Advertising will also change from complex campaigns to stories on digital platforms that add to brand mythologies.

Winning in this Space

How does one cope with these sea changes then? Walsh suggests that “to win the game is to change it” through disruption. This involves understanding how technology, consumer behaviour and business can be integrated, dispelling tried and tested business models, and innovating ahead of the pack.

The worlds of TV, movies, music and games will increasingly veer towards “FREE” as the default. To thrive, one should look at ways to enrich audience experiences, allow them to engage with one another, and generate revenue from subsidiary products and services. 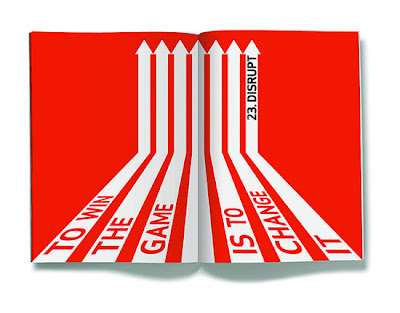 Overall, Futuretainment is a highly recommended read and a good kick-in-the-butt for individuals and organisations who are still living in the bottom of their wells.

Founder of Cooler Insights, I am a geek marketer with almost 24 years of senior management experience in marketing, public relations and strategic planning. Since becoming an entrepreneur 5 years ago, my team and I have helped 58 companies and over 2,200 trainees in digital marketing, focusing on content, social media and brand storytelling.
Why Ideas are Overrated
We the Citizen Marketers of Your Brand