Was Steve Jobs the Perfect CEO? 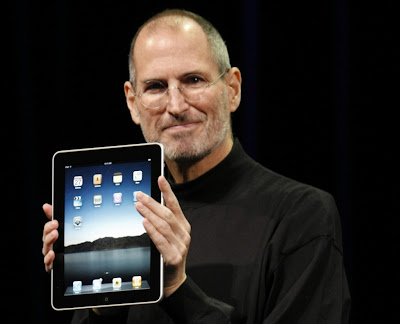 As the head honcho leading an organisation, being a good CEO isn’t an easy job. Sure, they’ll probably pay you more (or much much more) than the average salary man down the food chain, but the expectations are often sky high.

For a start, a good CEO has to have vision, ambition and the ability to inspire and motivate the troops. She needs to be great with forging relationships with customers, employees, partners, board members, investors, suppliers, government regulators and other stakeholders. Functioning as a mentor, coach, drill sergeant, and referee, she wears multiple hats depending on whom she speaks to.
With a watchful eye on the bottomline – particularly in today’s jittery financial markets – the CEO must walk the tightrope between betting the farm or maintaining status quo. While he must push the envelope for change if the occasion calls for it, the CEO must also preserve certain semblance of order as total anarchy wouldn’t lead to any form of progress.

A good CEO needs to also have both telescopic and microscopic optics, zooming out to see the bigger economic and industry-wide picture and zooming in on the infinitesimal intricacies of product and service features.

Is it then possible for one to find a “Perfect CEO”. Well, Steven Levy of Wired Magazine thinks he has. In fact, he is none other than the recently bereaved Steve Jobs.

By now, you would have read tonnes of tributes and lots of leadership lessons (some good ones here, here and here) on Steve Jobs. Some of you may have even bought a copy of his best selling biography.

Sure, Steve Jobs was a great man, but the perfect CEO?

Quoting from Levy, Steve has these qualities which distinguish him from the rest:

“Understanding customers and what they want, even if they don’t know it yet.

Mastery of market dynamics with the acumen of a poker champ.

Commitment to excellence and brutal rejection of “good enough.”

Charisma that makes product launches as exciting as a Springsteen show.

…the ability to defy the corporate equivalent of nature’s law.”

Like any outstanding leader, Steve Jobs also has a dark side. We know that he has a mercurial temper and is extremely overbearing in ensuring his way (or the highway). He has also embroiled the company in various law suits and been known to maintain a high degree of cloak-and-dagger secrecy. Transparency and openness isn’t one of his greatest strengths.

Personally, I feel that perfection may be too strong a word to describe Steve Jobs. For sure he does have fabulous qualities, but his huge overwhelming presence has also made it difficult for Apple to earmark a clear successor. His reluctance to contribute to society through philanthropy has also left a dent on the otherwise sterling reputation of Apple (compared to Bill Gates for instance).

Are there other candidates for the “Perfect CEO” award? Who would you nominate and why?

Founder of Cooler Insights, I am a geek marketer with almost 24 years of senior management experience in marketing, public relations and strategic planning. Since becoming an entrepreneur 5 years ago, my team and I have helped 58 companies and over 2,200 trainees in digital marketing, focusing on content, social media and brand storytelling.
The Role of Showmanship in Marketing
This Is How You Achieve Breakthrough Creativity