The Science of Great Teams 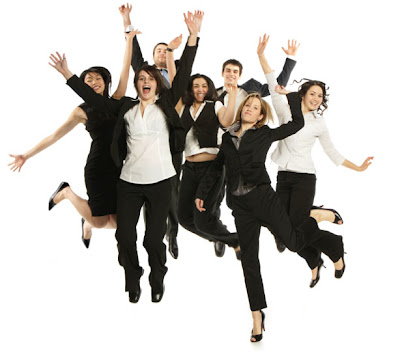 Why do some teams produce outstanding results while others lag behind given similar resources?

The secret, according to “The New Science of Building Great Teams” in Harvard Business Review, is that successful teams have higher energy, are more engaged, and spend more time exploring outside the group. These patterns of communication and interaction are strongly correlated with performance metrics such as the average handling time in a bank’s call centre.
In the study led by MIT professor Alex “Sandy” Pentland, Energy is defined as the number and nature of exchanges among team members. This can be depicted by a nod of the head for instance. The most valuable form of communication is face-to-face, folowed by phone/videoconference, email and texting. Yes, nothing beats physical presence in building team success!

The next element, Engagement, reflects the distribution of energy among team members. The most effective teams have equal and reasonably high energy distributed amongst all team members. Those that have cliques of members who engage actively while others are disengaged don’t perform as well.

The final component, Exploration, involves communication that members engage in outside their team. This is especially valuable for creative teams in areas involving innovation, R&D or product development.

All three elements are visually represented below (click for larger image).

To deploy these observations successfully, companies could adopt the following process:

1) Find a way to visualise the data such that the dynamics of each team can be mapped out in a way that can be clearly understood. These could convey the weaknesses of each team.

2) Help teams to improve their performance by providing visual feedback. This could be in the form of measuring their behaviours through videos or the motion detection badges as highlighted above and letting team members know.

Perhaps the most interesting observation made was that the ideal team player in both productivity-focused and creativity-focused teams is a natural leader whom the author calls a “charismatic connector”. These individuals circulate actively, engaging people in short, high-energy conversations. They are democratic with their time and communicate with each other equally, often listening as much or more than they talk.

As managers and leaders, we know intuitively that strong team camaraderie and esprit de corps is paramount towards corporate success. By considering their energy, engagement, and exploration, we can now find ways to strengthen their patterns of communication in a balanced fashion, improve employee relationships, and strengthen their performance.

Founder of Cooler Insights, I am a geek marketer with almost 24 years of senior management experience in marketing, public relations and strategic planning. Since becoming an entrepreneur 5 years ago, my team and I have helped 58 companies and over 2,200 trainees in digital marketing, focusing on content, social media and brand storytelling.
Gardens by the Bay Blossoms
Hacking Work: A Smart Solution to Stupid Processes