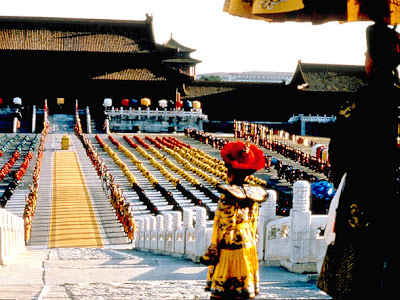 There are two schools of thought in life, business and work.

The first is the school of deference. Adherents to this approach believe that obedience, allegiance, faith and subservience are virtues to be embraced. The entire Confucian philosophy commands one to put nation before organisation, organisation before family and family before self. Communal interests precede individual ones.
Asians like us are often ardent adherents to this belief. We’re brought up from young to obey our parents, respect our elders, pay our taxes, cross the road when the light turns green, study hard at school and to serve our nation. In a traditional Asian-run business, the boss always have the last word in any discussion.

Rank has its privileges. And then some. 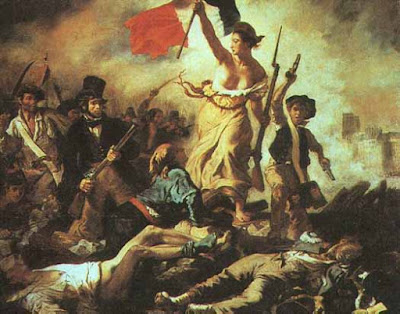 “Liberty leading the People” by Eugène Delacroix (source of image)

The second is the school of defiance. Subscribers to this approach have a more individualistic, “got to be real” philosophy. Non-conformists and rebels, their mantra in life and work is to “screw the status quo” and to do things their way while kicking ass, often yelling and screaming along the way.

Some would associate the West with a more liberal, individual-oriented philosophy. I dare say that the younger generations of global citizens born anywhere in the world – from Beijing to Boston to Burundi – are increasing embracing this philosophy too, albeit in a step-wise fashion.

Naturally, we all fall somewhere along the spectrum. Often this depends on our unique circumstances and situations.

In a corporate setting, it may often be better for one to don the apparel of a minion rather than a megastar. Unless perhaps we’re the CEOs of our organisations (even then humility in leadership isn’t necessarily a bad thing).

When situations require consensus and unity, pushing ourselves into the background for the common good can be a plus point. In such cases, teamwork is the key to success and prima donnas need to be ushered off the stage.

Occasionally, however, there will be times when one needs to speak one’s mind out. This doesn’t mean being controversial for its own sake. Rather, it entails believing that sometimes, the only way to make a mark in the world is to have a point of view that can be radically different from the status quo.

Can servile subservience and rock-star rebellion co-exist as bedfellows? When should we play which role and why?

Founder of Cooler Insights, I am a geek marketer with almost 24 years of senior management experience in marketing, public relations and strategic planning. Since becoming an entrepreneur 5 years ago, my team and I have helped 58 companies and over 2,200 trainees in digital marketing, focusing on content, social media and brand storytelling.
An Innocent Story: Book Review
What Chinese Want: Book Review