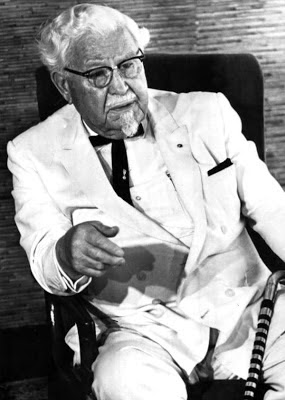 With low fertility rates of 1.2, the ratio of young to elderly Singaporeans would decline in the decades to come. This has been highlighted as a critical problem in the much talked about White Paper on the Population, and a reason why we need to augment our population through immigration and to bolster our businesses through skilled foreign workers.
While we grapple with this thorny issue, I reflected upon my own situation. I’m going to be 43 this year. By 2030, I’ll be 60 years old and categorised as an “active ager” (yes, I’m no spring chicken). I also looked around at people of my cohort (Generation X-ers) who are now 35 to 48 years of age.

As I thought about this, the following occurred to me:

1) The elderly in the future will probably be healthier than those today. Bolstered by improved healthcare, diet, and exercise, they are likely to be more upwardly mobile and physically fit than those of the present generation. Most would also have greater knowledge of their health conditions.

2) Automation and mechanisation would have progressed at a rapid pace, with many previously manual jobs being taken by machines. As we’ve seen in Japan, robotics can be developed to take over household chores, food assembly and other tasks (see below).

3) Seniors of the future are likely to be more highly educated. A greater proportion will have either an “A” Level, diploma or degree, with quite a few postgraduates. Almost everybody would be English educated, even if their preferred spoken and written language is their mother tongue.

4) More of them will also have worked (or are working) in a PMET job unlike their forebears. While some would have worked on the shopfloor, a greater proportion would probably be in service industries.

6) Many seniors then (ie folks like me now) would probably want to be engaged in some form of work beyond 60. While this may not be possible in physically taxing jobs, the bulk of service-based vocations shouldn’t be a problem for the fit and able.

Rather than view seniors as decrepit, dependent, or dowdy, why don’t we change our perspective?

Old can be gold. A mature worker may have networks, and skills that are honed through years of experience and practice. He or she is also likely to be more mellow and less impetuous, helping to provide some stability in an increasingly volatile workforce.

Working beyond our retirement years shouldn’t be perceived as “punishment” or a social stigma if it is done willingly. Engaging and meaningful work keeps us going. I’ve seen relatives and friends who rapidly went downhill after their retirement. Of course, this can also be through other engaging activities like volunteering at NGOs or writing a book.

(Of course, this isn’t the same as an elderly person being forced to work due to lack of savings or filial piety from their kids)

The greatest battle may perhaps be more psychological than physical. Our image Entire industries like fashion, hospitality, F&B, and retail are shaped with the youth in mind. Often, the elderly are assigned to back office jobs, unseen and unheard by the rest of the world.

Here we should try to take a leaf from McDonald’s and NTUC Fairprice. Both companies are great stalwarts of senior employment. I often enjoy the service provided by older workers at these establishments, as they often more patient than younger ones.

From what I see, hear and observe, many of my peers do not have the expectations of investing in the future generation so that they can take care of us. Our dreams and goals for our kids is for them to live happy, successful and fulfilled lives of their own. As it is, the world is becoming increasingly competitive and uncertain. The last thing I want to do is to be a burden to the next generation.

What are your views on this issue?

Founder of Cooler Insights, I am a geek marketer with almost 24 years of senior management experience in marketing, public relations and strategic planning. Since becoming an entrepreneur 5 years ago, my team and I have helped 58 companies and over 2,200 trainees in digital marketing, focusing on content, social media and brand storytelling.
The Three Gs of the Social Web
Enchantment: A Book Review