The Evolution of Influence 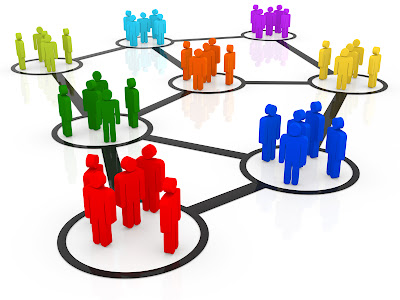 According to Dictionary.com, influence is “the capacity or power of persons or things to be a compelling force on or produce effects on the actions, behavior, opinions, etc., of others”. In other words, its how effective you are in transforming others and eliciting change.

In the past, influence was purely vested in large and powerful organisations. Those with multi-billion dollar advertising budgets wield huge impacts on the lives of their customers, suppliers, and distributors.

Historically, influence was also measured by rank and status. Corporate chieftains of MNCs exert tremendous control over their followers. Political leaders of dictatorial regimes could dictate how their citizens lives should be led, armed with policies and the might of the public sector.

Wealth was also a measure of influence. Those with the means could buy their way into the hearts and minds of others. Folks who could afford status symbols like condominiums, cars, credit cards, and carats were also more respected than others.

While the above factors still hold largely true, the winds of change are blowing. Through the pervasiveness of social media, influence is slowly shifting from organisations towards individuals. Its becoming social – and personal.

Consumers are making themselves heard on social networks, magnifying their pleasures – or more commonly, displeasures – a hundred or thousand fold. Niche businesses are punching above their weight class, leveraging on digital networks to cultivate customer relationships, increase visibility, and strengthen marketing efforts.

Influence is also skewed towards the young. Digital natives from “generation-whatever” are making themselves seen and heard a lot more than their parents. These restless purveyors of the “screentastic” lifestyle have always lived in a webbed world without boundaries. Fear isn’t in their vocabulary.

Increasingly, influence is becoming personal. We’re no longer just defined by our day jobs (“I’m an engineer/doctor/hawker/nurse”) but by our night jobs (“I’m an amateur rock musician/artist/food connoiseur”). The “other eight hours” is increasingly defining who we are, and how we’re perceived by the world.

In this brave new world, brand influence isn’t just a great logo, flashy advertising, or even premium service. Rather, the influence of a brand is now embodied by how its values and beliefs are woven into a compelling and authentic story that resonates with stakeholders wherever they are.

More than ever before, influence is becoming a function of how much respect and clout you can garner in your professional and social networks. Increasingly, however, the lines between the two are becoming blurred.

Leading companies like Coke, Nike, Amazon, LEGO and P&G understand this seismic shift. They create platforms and facilitate customer communities. They involve their customers in shaping their products, interact with them as peers, and focus on their interests and concerns.

Have you thought about your influence lately? How has it changed for you over the years?

Founder of Cooler Insights, I am a geek marketer with almost 24 years of senior management experience in marketing, public relations and strategic planning. Since becoming an entrepreneur 5 years ago, my team and I have helped 58 companies and over 2,200 trainees in digital marketing, focusing on content, social media and brand storytelling.
Nothing But Green – a Company with a Conscience
Evergreen Themes in Marketing