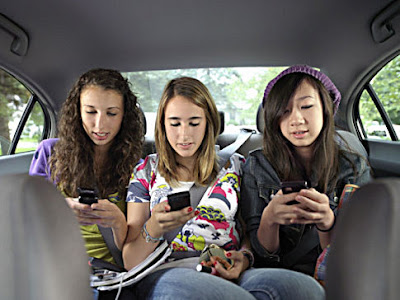 Teens are leaving Facebook in droves. Well, at least according to this recent report on US teenagers.

1) The number of teens indicating Facebook as the “most important social network” dropped by 9% over the last 6 months;

See chart below for details of the survey findings. 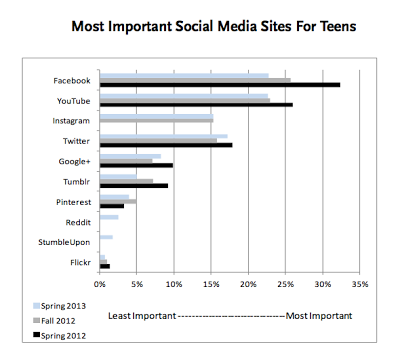 If we examine other reports, it appears that the mainstream success of Facebook is also responsible for accelerating this exodus. This neat infographic from benzinga explains why your child is staying away, namely:

1) The average age of a Facebook user is now 41 years old;

2) An increasing number of mums are migrating to Facebook in droves;

3) 1 in 2 parents join Facebook to keep tabs on their kids; and

4) More and more teens are using their mobiles and apps to keep in touch. In other words, they don’t need the laptop or desktop any longer.

While its quite clear why Facebook could be losing its cool (I mean who wants their dad snooping on them or posting embarrassing comments right?), the more interesting reasons cited by this blogger are that Facebook…

– is too close to school (like a huge class reunion which never ends); and

– is becoming far too public.

Although I’m far from my teenage years, I can understand why teens – and tweens – would be wary of older social networks. As innovators and early adopters on the cutting edge of social technology, teens get easily bored of social networks that lose their novelty appeal.

The other more pervasive phenomena is that social networks have stopped becoming social. To be honest, a “like” here, a “comment” there, and a “share” here isn’t the same as engaging in a heart to heart conversation with another party.

Moreover, there is only this much you can do out in an almost public space without worrying about what Uncle Bob or Auntie Lucy may say.

As marketers and publicists, this finding changes how we reach out to youths who are increasingly disgruntled with mainstream social networks. While gamification and smartphone apps may be one way to bridge this divide, the other possibility is perhaps to put up “barriers to entry” forbidding icky adults from playing in the same space.

Do you agree with these findings? What is your experience like with teens and social media?

Founder of Cooler Insights, I am a geek marketer with almost 24 years of senior management experience in marketing, public relations and strategic planning. Since becoming an entrepreneur 5 years ago, my team and I have helped 58 companies and over 2,200 trainees in digital marketing, focusing on content, social media and brand storytelling.
Why No Service (Or Self-Service) May Be The Best Service
Life in the Social Era