Suprising versus Satisfying Your Customers 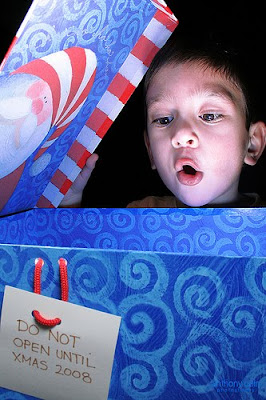 In many B-schools, the mantra for marketing goes something like this:

Do surveys and profile studies to determine what your target customers prefer.

END_OF_DOCUMENT_TOKEN_TO_BE_REPLACED Many of us would have heard about Singapore Airline’s legendary service. Or how every employee at Ritz Carlton, from GM down to housekeeping maid, is taught to resolve any guest complaint. Must quality service only exist in premium establishments?

The answer is no.

END_OF_DOCUMENT_TOKEN_TO_BE_REPLACED

Was horrified by Victor Koo’s recent post on his mis-encounters with a certain leading bank in Singapore. It is certainly not just an isolated incident since I heard so many horror service stories.

I don’t know if you guys have watched this video about a customer’s frustrated attempt to cancel his AOL account. Vincent Ferrari spent more than 20 minutes on the line with a joker from AOL (who subsequently got fired it seems). I am sure we all can empathise with Vincent Ferrari some way or other.

END_OF_DOCUMENT_TOKEN_TO_BE_REPLACED

How Retailers Can Go Wrong 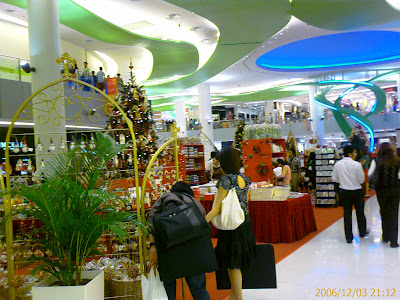 Recently, my wife and I had the chance to speak to a young girl working at a specialty retail outlet at VivoCity.

The circumstances which led to this were rather unpleasant, and I prefer not to go into details. Our conversation was pretty enlightening though.

END_OF_DOCUMENT_TOKEN_TO_BE_REPLACED

Yes, I am back online! It sure feels good to be connected again, after last fortnight’s scary episode.

First, I must share that I took childcare MC leave today to bring my kid to the paediatrician. He was the latest victim, together with my wife and I, of some gastric related flu. It was some affliction that probably spread around when we last visited Bangkok. We went to his favourite Dr Yeo at the Killiney Family Clinic, and got some medicine for diarrhea, vomiting and related symptons.

Anyway, I spent about 2.5 hours this morning helping him to put together his gift from Auntie Karen – a nice big Peter Pan playset featuring one of the islands in Neverland. Finally managed to fix it amidst lots of grunting and straining over the intricate parts, but the look on his face was well worth it thereafter.

END_OF_DOCUMENT_TOKEN_TO_BE_REPLACED

Why Japanese Service is Ichiban 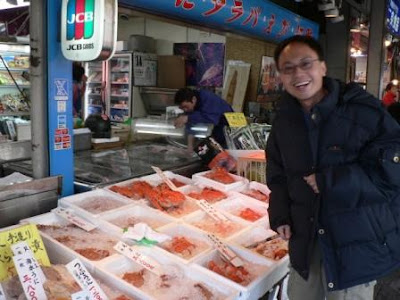 A key reason why I enjoyed my recent vacation to Hokkaido so much was the customer experience. Let’s face it. Japanese service quality is light years ahead of ours. Almost everybody I know who visited Japan raved about it. However, they do also have certain chinks in the armour as you would see later.

First, let’s talk about what great service is. Delightful service goes beyond being polite and courteous. It looks at ensuring that every single touchpoint to a customer is taken care of. It emphasises being quick and responsive to customer’s needs. It empowers staff to be flexible and to take quick remedial action in service failures. It pays close attention to the fine details and little nuances.

END_OF_DOCUMENT_TOKEN_TO_BE_REPLACED

Just got back from a fabulous holiday in wintry Hokkaido. Will blog about it soon.

Meanwhile, another brilliant example of how service should be from Seth Godin. No questions asked and no serial number, receipt, warranty card or other forms of authentication needed. Just what we need here in “black and white” Singapore.

END_OF_DOCUMENT_TOKEN_TO_BE_REPLACED

Now That’s What I Call Service!

I came across this post from marketing guru Seth Godin about service on an airline. Thought it was interesting enough to share.

Joel Spolsky shares this great story from a flight attendant:

Alright, I am gonna dote on my company for a few minutes. As most everyone on here is probably familiar with, last night was a nightmare for people travelling to and from the Northeast. We currently have 5 flights a day from CMH, 4 to/from JFK and 1 to/from BOS. Last night, out of CMH alone, Delta cancelled 3 flights, American cancelled 2, and Continental cancelled 1 and those are just flights that I know of. After we found out that our flight was delayed until 2223, the captain and the rest of us station employees decided to pool our money and we purchased pizza for all passengers on board our aircraft. Since the pizza place wouldn’t deliver to the airport, one of our crewmembers volunteered to go pick it up. Once the pizza was brought back, the passengers were boarded, our live tv and xm were turned on and the pizza was served by ALL the crew, not just the flight attendants. The Captain, FO and other airport crewmembers went above and beyond. Granted I may be a little biased, but I was glad to be here last night. The feeling of seeing that plane take off and those people get to where they are going, even if they were late was pretty darn good. Not too many other airlines that I know of will do that for their customers.

It’s not just “not too many other airlines…”, it’s, “not too many employees.” Wanna bet she had more fun than most flight attendants that day?

I wonder if we will ever encounter this in Singapore? It would be great to have char kway teow or chicken rice delivered to us on a delayed flight!