Why Being Quirky May Be Better 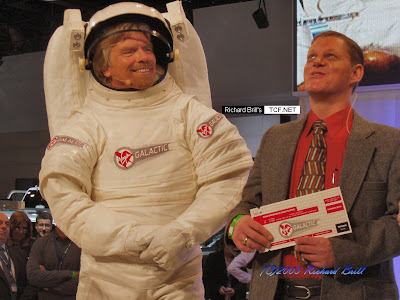 Nobody does it quirkier than Richard Branson!

In the past, one sought to conform as much as possible to the IT crowd.

“Be part of this cool collective!”
”

“Hop onto our great brandwagon!”

“Join in the revolution! (along with a million others)”

If you were seen to be a geek or a nerd (as opposed to a hunky jock), you were despised and looked down upon. Anybody who is obsessed with something other than his or her own looks were seen to be dowdy outcasts.

In the past, everybody does want to be an investment banker, drive a Porche, have a five-figure paying job, and own a house with a private marina.

The question though is whether such a business strategy will work anymore against such monumental competition in this day and age. Can you possibly outslick, outhip, outcool and outfunk the huge juggernauts? After all, they invest gazillions in hiring the greatest and meanest designers, advertisers, publicists and social media evangelisers on this planet?

Well if you can’t, here’s what I would advise you to do. Be weird. OK, maybe not weird as in truly lunatic but weird as in quirky, eclectic and just plain unforgettable. In a good way.

Being positively quirky (as opposed to just being plain nuts) entails creating an air of intrigue and mystique about one’s business. It is the sort of thing which both shocks and awes, leaving one’s customers (and competitors) slack jawed and wide-eyed.

It means creating a ritual or a custom (like shaking martinis instead of stirring them) and cult-like practices that only believers can identify with. It means having a male CEO appear in a bridal dress when launching a bridal business (Virgin Brides). It means creating scarcity when demand is great – like cooking every bowl of bak chor mee painstakingly by hand when the queue snakes from here to eternity. It means being so zealous about one’s customers that one is willing to accept returned goods without question, and to pay for postage one year after the sale (like how Zappos.com does it).

In an age of ultra-efficiency, ultra-quality, and ultra-cheap (not to mention ultra-connection), excellence is no longer the imperative for success. Exquisiteness and exoticness are the new buzzwords because nobody is going to remember another stick-in-the-mud business that looks exactly the same as its neighbour.

The next time you think about launching a new project, product or business, consider how you can break away from the monotony of the mass market. And when others zig, you should zag.

Founder of Cooler Insights, I am a geek marketer with almost 24 years of senior management experience in marketing, public relations and strategic planning. Since becoming an entrepreneur 5 years ago, my team and I have helped 58 companies and over 2,200 trainees in digital marketing, focusing on content, social media and brand storytelling.
Hoppin’ Happily to Kangaroo Island
How To Write Like a King