Should I or Shouldn’t I? – Ethics in PR 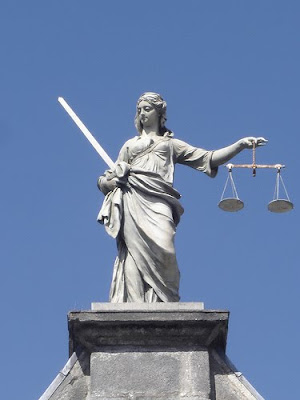 As a public relations professional who deal with the media on a regular basis, I am often faced with situations which require a judgement call. These may take the form of a series of deeply probing questions by journalists who are determined to weed out the grains of dirt, or to develop a more sensational story from an otherwise run-of-the-mill piece.

While I believe in telling the truth, I am also aware that certain facts presented in the wrong context may end up leaving a false impression. The worst thing that can happen is to end up losing control of an unfolding story, and to be perceived as being uncooperative and unwilling to provide information to a hungry media circus.
How much information is enough? How transparent should one be when faced with such a situation? Should one be totally open and give away the whole plot? Or should certain information be withheld?

In an ideal world, everybody should tell the truth, the whole truth and nothing but the truth. However, this may sometimes present itself as a moral dilemma as seen by the responses of Colonel Jessep – “You can’t handle the truth!” – in A Few Good Men below (brilliantly played by Jack Nicholson alongside Tom Cruise):

When faced with an ethical and moral crossroads in PR, one may consider abiding by the following golden rules:

1) Keep the focus of your replies as tightly to the scope as possible, and stick by the facts of the story that are already known. There is a time and place for offering personal perspectives, expert opinions, and value added comments. If you are unsure about the implications of a particular action, say so. Being at the wrong end of the media firing line isn’t the place to showcase your ingenuity and wisdom.

2) Where possible, be the first to clarify the facts of an unrolling story, and try to be available to answer queries as and when they develop. Do not let someone else become your mouthpiece or worst, be seen to be secretive and hiding away from the glare of the public spotlight.

3) Consider the effect of releasing additional information on the impact of a developing story and how the public and press would perceive them. This doesn’t mean that you should only tell the good news – sometimes it is necessary to let them know of possible failures but back it up with corrective actions that your organisation will immediately be undertaking. This may be preferred to sitting on a ticking time bomb and waiting for it to explode in your face.

4) Be sincere, honest and conciliatory rather than adversarial, even when faced with a hostile press. If the organisation did something wrong, just admit the screw up but don’t let it travel any further than the specific case in hand. Having a fire in one of your warehouses doesn’t mean that all your employees are arsonists!

5) Adopt an attitude of mindfulness and be always alert for possible loopholes in what you are presenting. While you should be as open and honest, there will always be certain categories of information that cannot be disclosed for reasons of competitiveness, safety or security. At the end of the day, you do have important stakeholders to account for who may not appreciate the significance of all that additional information.

6) Seek to explain in succinct but clear terms why certain actions were taken when they were done so, so long as they were done in good faith. One of the central tenets of ethics and morality in PR is the intent of individuals in an organisation acting in a certain way. If the organisational motives are pure and noble, even if the outcomes are disastrous, the public is more likely to forgive parties who are implicated when the storm eventually blows over.

Finally, remember that the purpose of PR isn’t meant to act as an armoured layer shielding a company’s executives from the harsh realities of the public or the press. PR shouldn’t be used to obfuscate or distort the truth. Rather, the function of PR should be to act as a conduit or channel of understanding, which seeks to clarify and crystallise.

As employees or agents acting on behalf of an organisation, you should seek to protect its interests but only so far as it doesn’t require you to lie, cheat or mislead. If an act of PR requires you to compromise your principles, morals or ethics, it may be a clear sign for you to seek employment elsewhere.

Founder of Cooler Insights, I am a geek marketer with almost 24 years of senior management experience in marketing, public relations and strategic planning. Since becoming an entrepreneur 5 years ago, my team and I have helped 58 companies and over 2,200 trainees in digital marketing, focusing on content, social media and brand storytelling.
The Feeding Frenzy of Feathered Friends
Buzzing Blissfully with the Bees