Why Avatar is so Awesome 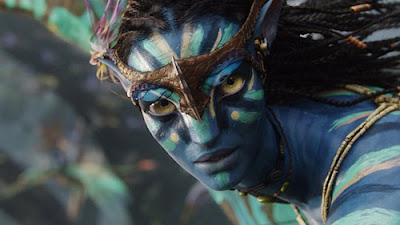 By now, probably half of the world’s cinema going geeks would have watched Avatar, James Cameron’s latest mega blockbuster featuring blue-skinned 3 m tall aliens battling robot riding humans in a tropical moon. With a huge budget of close to US$500 million, Avatar is one of the most expensive Hollywood productions to date, and initial box office results look promising despite the relentless wintry snowstorms in the Western world. There are many excellent movie reviews available on the web, so I wouldn’t bore you with yet another critique of its hits and misses.

Let us look instead at some of the ingredients which Avatar has applied that led to its successful opening and made it such a huge global rave.
1) Be patient as good things do come to those who are willing to wait. It took James Cameron 15 years to produce this blockbuster, from the writing of the script way back in 1994 to the premiering of the movie in December 2009. Rather than compromise on his movie making standards, James waited till the 3D rendering technology was sufficiently developed before filming and developing his movie. This was necessary in order to ensure that the CGI characters employed in the show looked sufficiently realistic to wow the audience.

2) Focus on the few things that matter. Unlike other more prolific film makers, James Cameron was only known for a few big movies like Terminators 1 and 2, Aliens, True Lies and Titanic. With the exception of True Lies, the other movies were all huge hits, and lesser film makers were unable to repeat his success formula when helming the franchise films like Aliens and Terminator.

3) Be a perfectionist and never settle for anything less than the best. As a stickler to detail and a self-proclaimed “control freak”, James Cameron is probably one who never let a hair (or spine, in the case of the alien monsters) fall out of place. He was relentless in ensuring that every step of the movie making process fell into place, and that every scene is memorable. Such zealousness helped to ensure that there is coherence in both the huge things and the small, itty bitty details.

4) Never neglect the art and science of storytelling. What I like especially about James Cameron’s movies is his attention to the plot. Unlike other film makers who go so overboard on special effects that they neglect the main premise of a visual tale, Cameron puts in sufficient story elements to grip the attention of movie-goers who are after more than just a non-stop slugfest.

5) Use your imagination – to the helm! Few people can argue that Cameron’s Pandora is one of the most well developed alien worlds modern cinema has ever seen. Paying close attention to every detail – from the colour and shades of the alien beasts, right down to the foliage of the vegetation – the make believe world was painstakingly rendered every step of the way.

6) Believe in your ideals and don’t be afraid to be moralistic. I know that there were several critics who chastised Cameron for his overly simplistic way of portraying environmental degradation in the movie, or the values of its holier-than-thou heroes. While being ambiguous about the moral direction of a movie may win critical acclaim from the “auteur” class critics, the man-in-the-street may actually prefer to root for the side which he is most familiar with. Cameron’s depicting of a handicapped hero is also laudable as it shows how one can triumph against the odds despite facing significant difficulties in life.

7)Invest in an avalanche of marketing! I think this is probably the most evident “secret” in Cameron’s arsenal. With a whole army of marketers and publicists doing an entire barrage of marketing strategies and tactics – previews, reviews, script leaks, stills, trailers, advertisements in all channels, blog posts, forums, distribution channels etc – Cameron has it made in cornering the market. Naturally, one must have deep enough pockets to do so, and obviously he managed to find the investors who believed enough to splurge.

Are there other secrets to Avatar’s success?

Founder of Cooler Insights, I am a geek marketer with almost 24 years of senior management experience in marketing, public relations and strategic planning. Since becoming an entrepreneur 5 years ago, my team and I have helped 58 companies and over 2,200 trainees in digital marketing, focusing on content, social media and brand storytelling.
The Four Rs of Winning Businesses
6 Ways to Strike Gold at Sovereign Hill