The Age of (Im)Morality and Immortality 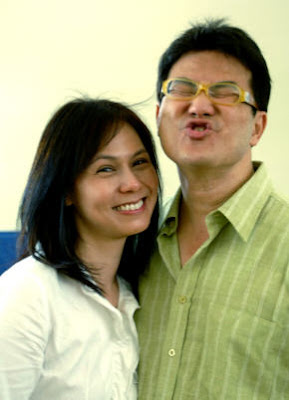 Jack Neo and his wife Irene Kng (courtesy of Syokkahwin.com)

By now, everybody would have read, listened, spoken about or viewed news about Jack Neo, his wife, and his dalliances with Wendy Chong.

The local and international media has gone wild with the latest celebrity news in every channel, and tremendous buzz has been generated in social media and mobile platforms – SMSes, MMSes, blogs, Facebook, forums, Twitter, Plurk, Youtube, blog aggregators (like Ping.sg), wikis and so on. Many have leapt into the fray with all kinds of judgements and interpretations, with some harsher than others. Jack himself has blogged about it here and apologised for his actions.
Jack’s dilemma closely resembled an earlier case involving Tiger Woods, the number one golfer in the world. Both men were famous, received extensive positive coverage in the media and were generally well regarded by society. What happened with their recent “falls from grace” appeared to be amplified a lot more online than earlier scandals involving former US President Bill Clinton and Monica Lewinsky (which broke the news in 1998) or Hugh Grant’s indiscretions with Hollywood prostitute Divine Brown (in 1995).

There are several observations that one can make from the aftermath to the adulterous affairs.

First, it is clear that any scandalous news will now reverberate a lot more extensively through personal communication networks than ever before. With so many channels of user generated interaction and dissemination now available, the “echo chamber effect” will be magnified manifold. This means that almost everybody would eventually hear of the news through one way or another, regardless of how aggressive they are in consuming media in its various guises.

Second, what used to be ephemeral coffee shop talk or taxi driver conversations are now immortalised online. Every individual opinion, viewpoint, discourse and exposition is now archived and easily searched for the whole world to see. The unfortunate thing is that any transgressions are going to be extremely difficult to forget.

Third, the democratisation of media has meant that you will not only receive information from paid journalists and reporters, but also from many other members of the public. While the breaking of major news in Singapore still belong largely to the domain of mainstream media, they are now peppered with perspectives from concerned citizens. The “Cult of the Amateur” isn’t just a myth anymore, but a fact of life.

Finally, and most importantly, the advent of social technologies have also led to a new morality – or immorality – in our people. With the opening up of easily accessible channels of communication, everybody can become a preacher, philosopher or pundit. We are no longer just constrained to our immediate physical neighbourhood or environment, but can tap a far wider global channel that is open to all, 24 by 7. People are becoming bolder in speaking up about a topic which they care about, and will not refrain from letting their voices be heard.

The implications of these trends are that any indiscretions will now be blown up a lot more and have a far longer tail than ever before. Any perceived lapses becomes far more costly – from a communications perspective – than ever before, as negative impressions do stay longer than positive ones. Actions to address the subsequent media fallout will thus have to be a lot more aggressive and all encompassing, while centering themselves on the virtues of honesty, truth and sincerity.

Founder of Cooler Insights, I am a geek marketer with almost 24 years of senior management experience in marketing, public relations and strategic planning. Since becoming an entrepreneur 5 years ago, my team and I have helped 58 companies and over 2,200 trainees in digital marketing, focusing on content, social media and brand storytelling.
Of Love, Loss and Luscious CGI
Online Buzz and Omnipotent Brands