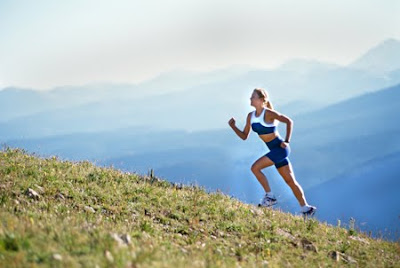 Don’t make your customers go on an uphill battle (Source)

As I was running this morning, I’ve noticed a very interesting observation at the jogging track on a little hillock near my home. This was the same place I’ve gone for my regular exercise for close to 8 years. Its a little loop which goes for about 680 m per round.

Almost everybody was going in the same direction (except me – I’ve got a thing for running against the human traffic…;)). What’s more, they were all IGNORING the directional signages painted on the track which said “START” and “END” along a certain path.
Perhaps what’s also pertinent was that the human flow has always been in that same direction (and I’ve always been the ‘naughty’ one). Nobody really bothered about the newly painted signs and indications.

This led me to wonder two things and their relevance to marketing:

First, almost everybody is a creature of habit. I believe that many moons ago, the pioneer batch of hillock track exercisers must have followed a specific path. More and more people followed that direction and this led it to become the ‘default’ way to jog.

In a similar way, advertising and marketing should look at what people are comfortable doing and find a way to blend into their lives. While there may be occasions where creative products and services could become game changers, the likelihood is that most seek to solve an existing problem or provide a current need. Don’t try to go against the grain of conventional human behaviour, unless you’re willing to invest sufficiently in that exercise.

Second, people are intimidated by high humps and barriers. In the jogging track, the preferred direction has gentler uphill climb compared to the other direction which has a steeper terrain. From the starting point at the bottom of the hillock, it appears that one way to start could be easier than the other.

Likewise, effective marketing should garner low hanging fruits initially so that consumers are lured into the bigger business proposition. Don’t make it so creative and mind boggling for your potential target audiences that they ignore your initial messages – unless of course your target audiences love them. Any pioneering efforts should be easy enough to understand, appreciate and adopt.

Founder of Cooler Insights, I am a geek marketer with almost 24 years of senior management experience in marketing, public relations and strategic planning. Since becoming an entrepreneur 5 years ago, my team and I have helped 58 companies and over 2,200 trainees in digital marketing, focusing on content, social media and brand storytelling.
Freakonomics is Freaky Fun!
Ship Ahoy! Aboard the Legend of the Seas