What Do Women and Geezers Have in Common? 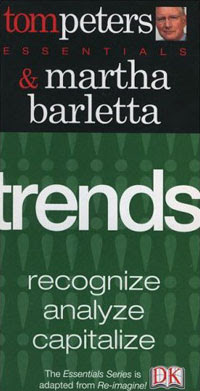 Give up? The answers, according to uber guru Tom Peters and Martha Barletta in their slim volume Trends are oodles of cash, purchasing power and huge influence.

Written in Peters’ no-holds-barred, rant-heavy and straight talking narrative, Trends provides lots of facts, figures and anecdotes to show that women and Baby Boomers are probably the two largest blindspots in the eyes of marketers everywhere. With a steely-eyed determination to tear down age-old prejudices against the “weaker sex” and “old geezers”, Peters and Barletta described how myopic views of catering largely to “White men in the 18 to 44 age group” have resulted in organisations neglecting huge markets worth “trillions of dollars”.
Consider the following facts and figures (in the US, as of 2005) about women consumers as cited by the authors:

4) American women account for “earth’s largest economy” at a whopping US$7 trillion in total! 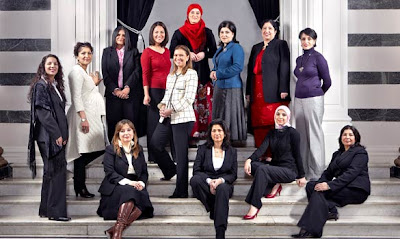 We are women, hear us roar (even in the Muslim world)! (source)

Focusing on women for the first three-fifths of the book, the authors give evidence of how women operate differently from men. Citing differences in gender culture, the authors listed out a whole barrage of “Men are from Mars, women are from Venus” pointers:

…and perhaps the most incriminating 2…

– women do it all at once (multi-task), while men do only one thing at a time
– women maximise while men prioritise

To solve this huge divide, several solutions in marketing to women were proposed. Instead of thinking “pink” for example, marketers should look at the various stages of the sale (ie initiation, research, interaction, maintenance, and post-purchase aftermath) to see how they can tell rather than sell to women (WOM is short for Word Of Mouth, but its also the first 3 words in WOMan). Time saving and family convenience are also critical qualities for women, who not only have to work but manage the bulk of household and child rearing chores.

With their higher people orientation, women customers are also most receptive to advertisements showing real people (not supermodels) and adopt context rather than features (eg a car that you can drive to office, home or school, as opposed to its horsepower and torque). Retail outlets should also be designed with women’s smaller physiques and need to multi-task in mind (eg having banks, florists, tailors, laundries alongside grocery stores).

In the remaining one-third of the book, Tom implores you to reject “It’s 18-44, Stupid!” and to embrace “18-44 is Stupid, Stupid!”. Once again, there are trillions up for grabs, with statistics showing how powerful the 50-plus silver generation can be:

3) They account for US$610 billion in healthcare spending, and for 74% of prescription drug spending;

…and yet, according to the authors, they are the target of only 5% of advertising dollars! 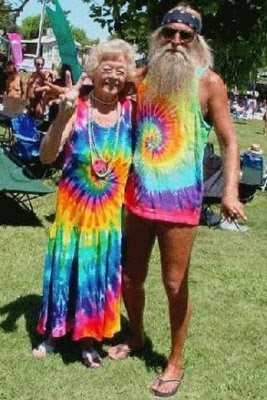 Who says we’re too old to party? (source)

Paying special attention to the Baby Boomers (born between 1946 and 1964), the authors (whom themselves are boomers) assert that the mature market is no longer a niche relegated to retirement homes and wheelchairs. Through education, fierce independence, and raised expectations, baby boomers in their golden years would like to live life with a far greater vengeance and the good thing is that they have BOTH the time and the money to do so.

As a matter of fact, seniors accounted for about 5% of 8.5 million plastic surgeries conducted in the US alone! Women 65 and older also spent US$14.7 billion on apparel in 1999, which is almost as much as that spent by 25- to 34-year-olds.

The holy grail of marketers as cited in the last chapter are women aged 50 and up – what Barletta considers PrimeTime Women. Unlike how the mass media (and Hollywood) paints them to be (poor, sad women whose children have left home!), mature ladies are said to be in the happiest stage of their entire lives.

Other than controlling a higher percentage of disposable wealth (91% if Baby Boom women enjoy financial management responsibilities in their households), PrimeTime Women also have greater levels of testosterone than their younger selves. This interesting nugget results in them being more assertive and confident than ever before (ie Goodbye, SUV. Hello, Lexus or BMW or Ferrari). Being more intuitive and less calculative than men of the same age, PrimeTime Women couldn’t care less about celebrity endorsements and are instead, more concerned about leaving behind a positive legacy. 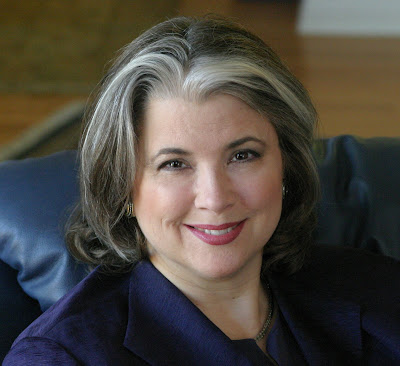 Martha Barletta is an example of a Prime Time Woman herself

Overall, the book was a refreshing read and provided much food for thought. While some of the strategies appear more relevant for the American rather than Singaporean market – many of our seniors here spend their time looking after grandchildren – there are some truths that one should behold. It is also critical to consider them in light of our fast greying population.

Founder of Cooler Insights, I am a geek marketer with almost 24 years of senior management experience in marketing, public relations and strategic planning. Since becoming an entrepreneur 5 years ago, my team and I have helped 58 companies and over 2,200 trainees in digital marketing, focusing on content, social media and brand storytelling.
What Makes Social Media Producers Tick?
Outliers – The Story of Success (Book Review)