Funny (& Fearsome) Facts on the Bunny 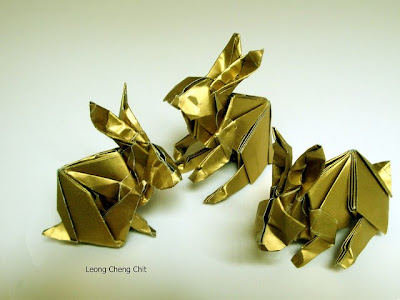 As we hunker down to celebrate Chinese New Year and usher in the year of the metal rabbit, I thought it’d be interesting to compile a list of useless trivia about this long-eared cuddly beast.

According to the Chinese Horoscope, the coming 2011 year of the metal rabbit is one that is sophisticated and intuitive with gracious manners and sensitivity. A rabbit year is usually more quiet and peaceful, especially coming after the normally more torrid year of the Tiger in 2010. 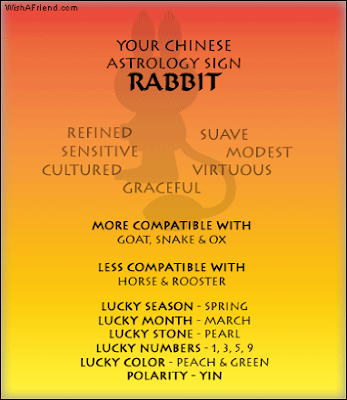 Contrary to popular belief, rabbits are not rodents but lagomorphs. The main difference between them and rodents like rats and mice are in the number of front teeth (incisors), diet (entirely herbivorous in lagomorphs), and how their..err…male sexual organs are organised.

Rabbits can live up to 10 years (as a pet), and can purr like a cat. The gestation period for a rabbit is about a month, which tells us why they reproduce so quickly (multiply like rabbits). Baby rabbits are not really that cute as they’re born without fur. 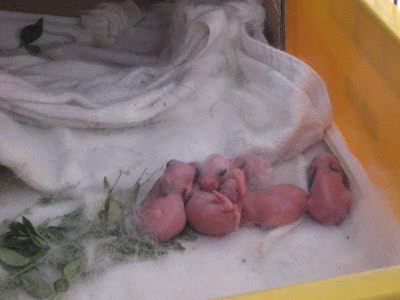 Unlike humans, a rabbit’s teeth never stops growing. Not only are rabbits unable to vomit, they also consume their own faecal matter in order to derive nutrients from them. In other words, you can’t force a rogue rabbit to “eat sh*t and die”.

Cute as they are, rabbits are major pests in Australia and New Zealand. Their quick reproductive cycles and lack of natural predators down under has led to these long-eared galoots threatening native marsupial species. The Australian problem can be credited to Thomas Austin, who released some 24 wild rabbits near Geelong in Victoria in 1859. In just over 40 years, their population exploded all the way around the huge continent to the Northern Territory and Western Australia! 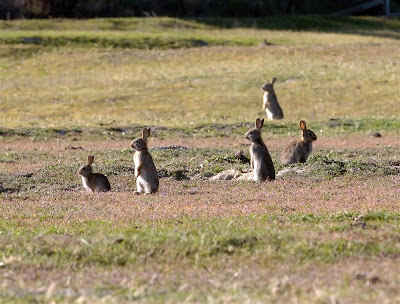 Rabbits and hares are commonly used as food in a variety of dishes in both the West and the East. The original paella recipe in Valencia, Spain uses wild rabbits caught off the farms. A complete white meat tasting similar to chicken, rabbits are also commonly used in stews, grills, soups, burgers and many other dishes. Pound for pound, they are probably one of the healthiest and leanest meat you can find. 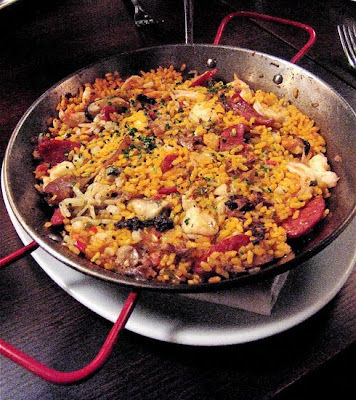 The original Paella was a rabbit dish (Courtesy of Insatiable Critic)

Finally, anthropomorphic rabbits are hugely popular in contemporary culture, especially amongst kids. Everybody knows Bugs Bunny, Peter Rabbit, and Miffy, while few would forget that it was a white rabbit who led Alice into Wonderland. 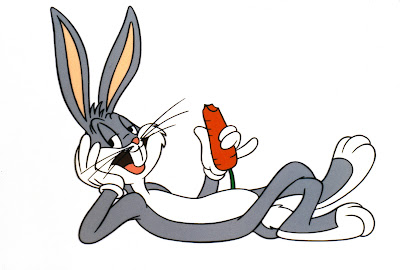 Here’s wishing you and your loved ones a happily hopping year of the golden rabbit! Let’s hope this will be a year where we all jump for joy!

Founder of Cooler Insights, I am a geek marketer with almost 24 years of senior management experience in marketing, public relations and strategic planning. Since becoming an entrepreneur 5 years ago, my team and I have helped 58 companies and over 2,200 trainees in digital marketing, focusing on content, social media and brand storytelling.
Celebrating the Bunny Year @ Chinatown
When Quitting is Winning – Tips from The Dip