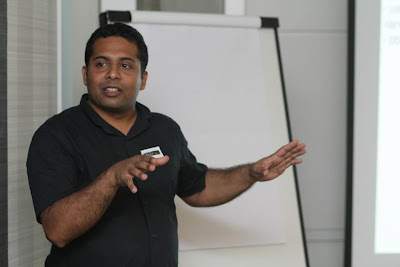 In an ideal Web 2.0 enabled world populated by active and engaged citizens, the public would be engaged, empowered and encouraged to use social technologies and digital tools to build a better society. As the government does not have a monopoly on ideas, it would be critical for citizens to help themselves so to speak.

What then are some of the developments in this area, and how can one take that tentative first step forward? Well, there are lots of food for thought from three sessions which I recently attended at the second Govcamp Singapore.
First, Prof Ashish Lall shared several trends that seem prevalent about Society 2.0:

– Citizens now understand what the key issues are. If they’re given the right platform, many would be trusted to do the right thing. For example, in Chicago, more than 3,000 public suggestions were given in 13 months, 97% of which were on topic for a specific area. This was responded to by city leaders, NGOs and other civic groups, resulting in positive social infrastructure like heated bus stops, better train security and mroe bike lanes in the State.

– The financial crisis in Iceland has resulted in a form of “mob rule” where they’re now crowdsourcing for a new constitution.

– In a certain sense, everybody is an expert.  Thus, it may be useful to tap on the collective “wisdom of crowds” leveraging on the powers of the social web. The American Public Media has done this through the Public Insight Network. This provides a network which connects people who are experts in their personal passions and areas, thumbing its nose at elitists and professionals.

– There isn’t a brain drain, considering that tools like Innocentive help to drive innovation, encouraging everybody to become a solver. Resumes and degrees appear to matter less than one’s expertise in specific areas.

– Openly available government data could come in useful, for example the Billion Prices Project at MIT which provides a daily index of all online prices. The price data and statistics are collected from a wide variety of online sources, and are extremely useful to manufacturers and retailers keen to know how to price their products right in different global markets.

– The key is to leverage on the community and to build a society that is trust rather than compliance based. Examples of engendering this trust comes in the form of examples like a pledge bank which covers various causes, including trees in Kenya (trees4kenya).

Sharing on the related issue of using social tools in emergencies, Preetam Rai highlighted the example of Random Hacks of Kindness, and how a winning team in Jakarta built a software for social activism.  Common examples of using Twitter to alert the public on natural disasters (Hurricanes, Earthquakes, Tsunamis), and of using mobile alerts were also cited.

An interesting worst case scenario was also cited, namely, what would happen in the event that the Internet fails (God forbid!).  These include radical ideas like using Ham Radio, SMSes, and good old phone tag. I suppose where there’s a will (to collaborate and to alert), there’s a way!

Finally, to make the process of activism more rewarding and tangible, Roan Yong suggested that the principles of gamification could come in to help propel that next worthy cause. While having a shared purpose is a worthy starting point, collaboration may fail if you expect a leaderless movement without a coherent purpose to succeed (eg Occupy Wall Street).

Personally, I felt that hingeing on game design alone may be oversimplifying the job of enlisting, engaging and sustaining a citizen-mediated effort to improve society.  There are many other factors which lead to a movement gaining more traction over others.  For example, the value of the cause, how meaningful and impactful it is, and of course the charisma and likeability of its purveyors.

I guess with all that knowledge and inspiration, the only thing which remains now is to start something.  If you’re willing to take up the challenge – or just want to give your two cents worth (like me) – do participate in the Wiki on GovCamp SG in the link here.

Founder of Cooler Insights, I am a geek marketer with almost 24 years of senior management experience in marketing, public relations and strategic planning. Since becoming an entrepreneur 5 years ago, my team and I have helped 58 companies and over 2,200 trainees in digital marketing, focusing on content, social media and brand storytelling.
World’s First Transformers Ride Opens in Singapore
Conversational Capital: The Secret to Buzz-worthy Products