Why Leaders Should Embrace a Higher Calling 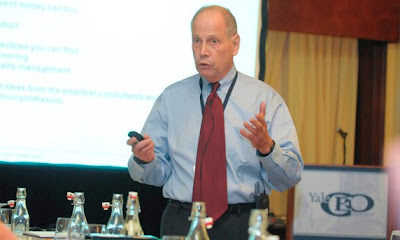 To rise above the vagaries of the uncertain economy, what should companies do? How can they manage the wrath of Wall Street and the severe backlash of a liquidity crunch?

Well according to Michael Beer from Harvard Business School, the answer is that companies should embrace a higher purpose. In an excellent podcast from HBR Ideacast, Beer shares some of the characteristics of these firms and the leadership styles that they embody.
The key is to adopt a long-term rather than short-term view. Manage and lead your companies according to higher order values and purposes as opposed to quarterly gains.

How should companies do so?

First, invest in building human and social capital. Keep your hiring process highly selective and rigourous, with a mind towards maintaining a positive corporate culture. In Southwest Airlines, for example, only one out of 100 applicants get the job.

Next, don’t grow too fast and end up overextending your company. If possible, try to keep debt low and manageable. In the case of Southwest Airlines, the company was able to minimise the retrenching of staff in a downturn by keeping their debts low so that they could afford to pay their staff.

Thirdly, one should forge a strategic identity. This begins by looking at the services or products you offer, the markets that you’re in, and why your company is doing what its doing from an inside-out rather than an outside-in perspective.

Don’t chase profits like what many firms in Wall Street (or the Stock Exchange of Singapore) do. Instead, discern what your company’s passions are, what its values are, and find the intersect between market profits and purpose. This may translate to a steadier and slower rate of profitable growth but it will be more sustainable and enduring over the long-term.

In other words, look at building an institution (ie long-term view) rather than be ruled by quarterly earnings in the market. In doing so, adopt a multi stakeholder view – community, customer, supplier, distributor, investor – as opposed to merely satisfying one’s shareholders.

Create a performance-based culture – one which is inventive and innovative in times of troubles to develop solutions to ride through the storm. This entails creative high standards and enrolling people in those standards.

Once the above are done, policies should then be shaped according to these perspectives.

In doing the above, companies can then tell Wall Street the long story rather than the short story about their firms. In most cases, this story does sell and would probably attract the right kind of investors.

Another example of a company which embraced higher ambitions is United Stationers. The company’s strategies enable their partners and customers to succeed, as opposed to gaining pure profitability for themselves. Thus they create a higher purpose of serving their community and customers, giving them more meaning, and is rewarded with a more consistent performance on Wall Street.

On a national level, how can such practices be “evangelised” more effectively? Well, Harvard Business School has a few ideas for a start, namely:

1) Creating linkages between CEOs who think like this, and start a movement. This will resulting in the building of a set of norms that eventually become conventional wisdom.

2) Propose changes in the elements of the context in which business operates. For example public policies in buying and selling equities could help to reverse the speculative fervour, encouraging investors to get back to holding stock for longer periods of time instead of speculating obsessively.

3) Encourage management reforms amongst one’s board of directors. These governance bodies should move away from short-term fiduciary duties to longer term building of a company and its culture.

4) Leadership as a discipline would also need to be more established in business schools. This includes inculcating values more clearly in the syllabus.  For example, integrity actually requires integration between what you do, what you say and how you function rather than just honesty alone.

5) Finally, at the CEO level, a return to performance over the long term as opposed to short term is key. This requires the steering of companies towards sustained compounded performance which is above average in one’s industry while breaking away from the scourge of shorter and shorter timeframes in management.

Founder of Cooler Insights, I am a geek marketer with almost 24 years of senior management experience in marketing, public relations and strategic planning. Since becoming an entrepreneur 5 years ago, my team and I have helped 58 companies and over 2,200 trainees in digital marketing, focusing on content, social media and brand storytelling.
Celebritize Yourself: A Book Review
The Thank You Economy by Gary Vaynerchuk [Book Review]