What Dragons May Teach Us 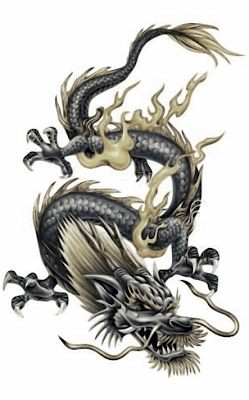 As we celebrate the arrival of the Black Water Dragon this Chinese New Year, the fengshui masters and economists have given varying prognoses of what it’ll bring for the year.
Taking a different trajectory, I thought it’d be fun to look at the traits of this mythical beast and propose what it could possibly mean for us, with a few lessons by the side.
First, we should know that there are dragons and there are dragons.

In Eastern traditions, the dragon is a noble beast associated with heaven, the emperor, long life, and power. Full of masculine or “yang” energy, the oriental dragon is a chimera – a beast composed of different body parts of animals – and the most magnificent creature in the oriental heavenlies. Symbols of the dragon are commonly used in artworks and designs on ceramics, clothing, wall murals, furniture, architecture, and practically any decorated surfaces.

In Western and Middle Eastern traditions, however, the dragon has a sinister significance. According to the Bible, the dragon is used to describe the Satan or the devil – the age-old nemesis of Christians around the world. Dragons are often depicted as fearsome, loathsome beasts that breathe fire and devour hapless villagers in legends and stories.

Hollywood has of course portrayed the dragon as the ultimate bad “boss” monster which the hero (St George or his derivatives) should slay before rescuing the fair damsel in distress. Of course, there are also cute and cuddly ones featured in animated movies like “How To Train Your Dragon”, Hayao Miyazaki’s “Spirited Away” and Disney’s “Pete’s Dragon”.

Love them or loathe them, dragons are majestic creatures. They are usually at the top of the pecking order – be it good or bad – and are usually seen as the leaders with authority in some way or other. In the hierarchy of monsters, nothing strikes fear or admiration as much as the dragon.

In the same manner, we can perhaps embody the quality of leadership in whatever we do, whether at the office, home, church or other social setting. Like the dragon, we should not be afraid of being focused on Of course, we shouldn’t go around devouring other people, but instead, focus our leadership qualities on positive pursuits.

There is also something mystical and mysterious about dragons. Nobody (well almost nobody) has seen a real life fire breathing dragon, yet they have triggered countless stories, legends, and myths told from generation to generation.

Mystique is certainly something that we can try to weave in our work and our lives. Instead of giving the entire game away and aiming for the lowest common denominator, let us weave in little teases, secrets, clues and trails, enchanting our customers/friends and family members every step of the way.

According to legend, dragons are also highly intelligent and wise creatures. In movies like Dragonheart and books like “The Hobbit” (with an upcoming movie), dragons are depicted as sophisticated, witty, and all-seeing beasts.

While we need not speak in riddles or oracles, we could boost our knowledge of whatever we do or tap wisdom of experienced elders who’ve eaten more salt than we’ve eaten rice. Learn to identify where our intellectual gaps and weaknesses are, and seek to strengthen them through books, discussions with the learned, or just simple observation.

Finally, dragons are magical monsters. Other than their well known fire breathing qualities, dragons are often seen as beings possessing tremendous strength, long or immortal lives, and are able to fly all the way to heaven (or hell).

In a similar vein, we could perhaps inject a little magic into whatever we’re doing in a positive sense. See if we can bring a smile on our customer’s face by going beyond their expectations, do a good deed to help that person needing assistance every morning at the bus stop, or maybe bake a delicious cake for a loved one.

Here’s wishing all of you a Happy and Properous Chinese New Year! Or in Mandarin: 恭喜发财，万事如意, 新春愉快!

Founder of Cooler Insights, I am a geek marketer with almost 24 years of senior management experience in marketing, public relations and strategic planning. Since becoming an entrepreneur 5 years ago, my team and I have helped 58 companies and over 2,200 trainees in digital marketing, focusing on content, social media and brand storytelling.
How To Stick To Your Resolutions
The Parable of the Pump