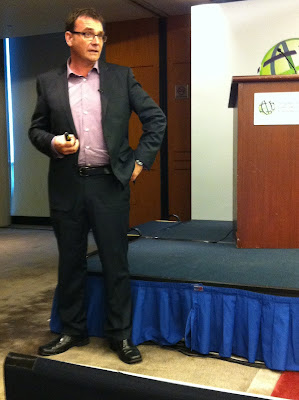 “Dare the World to Save the Planet”

With the catchy thematic message above, Earth Hour 2012 (31 March (Sat) at 8.30 pm) encourages us not only to switch off all power consuming devices for one dark hour but to “dare” our friends to pledge support this movement in return for doing something extraordinary.

Using the bold and almost childlike taunt of “I Will If You Will”, examples of what people are daring this year can be seen in this catchy commercial below:

Announcing this year’s Earth Hour campaign at the “Ideas for a Better World Forum – Harnessing the Power of Social Media for Good”, Andy Ridley, Executive Director and Co-Founder of Earth Hour, shared how he grew the movement for the World Wide Fund for Nature (WWF) from a fledgling movement in 2006 to the global phenomenon it is today.

Today, some 18 billion people (I suppose these include repeats) across 5251 cities and towns in 135 countries participate in Earth Hour and this figure is set to grow further.

With the goal of reaching the “middle 60%” of undecided people, Earth Hour focuses on hope rather than fear as a motivator. Touted as a spiritual experience and an hour of inspiration, the campaign is positioned as a “street party” as opposed to “street protests”, with an open-sourced model which means that anybody can be involved. 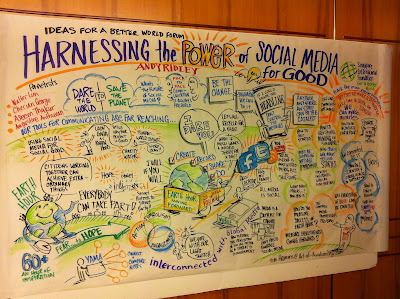 A fan of former US President John F Kennedy, Andy shared that Earth Hour was founded on the principles of “Ask not what Earth Hour can do for you, ask what you can do for Earth Hour”. I loved how empowering this quote is for the ordinary citizens who want to make a change for good.

Earth Hour was so huge that it even eclipsed the Superbowl Ads – with a sliver of its budget!

Beyond Earth Hour, Andy shared that social media was used for political revolutions in the Middle East (Arab Spring) and how the number of tweets a day grew from 2,300 to 230,000 when former Egyptian president Hosni Mubarak had to leave his office. Twitter was also deployed for the 2011 Japanese Tsunami, reaching 1,200 tweets a minute at its height.

On the Facebook front, social media’s savviest star Lady Gaga used her fan base of 30 million on Facebook to good use by working with the Robin Hood Trust with a US$1 million contest to support New York City’s Youth in Need. Other examples include the Mozilla Firefox challenge by Crowdrise, and Charity Water established by Scott Harrison.

Towards the end of his talk, Andy reiterated the 3 pillars of Earth Hour supporting its thrust of “Uniting People to Protect the Planet”, namely:

1) Symbolism – as exemplified by its Hour of Inspiration

What especially caught my attention was Andy’s emphasis on not controlling the message. Rather than put “key messages” into people’s mouths and encourage them to “spread” these to their networks, Earth Hour hinges its success on the collective ownership of supporters.

Thanks to the Singapore International Foundation (SIF), I had the honour of being a panelist at the forum moderated by media personality Augustine Anthuvan along with Andy, NTU Professor Cherian George, and Aseem Thakur (Co-founder of Give.sg).

During the discussion on how social media can be tapped for causes, I shared the importance of building communities, being consistent, and having the discipline to stick to a schedule. Apparently, my views resonated with Andy’s too!

Over a dinner hosted by SIF later that night, I had the privilege of listening to the uber social entrepreneur Elim Chew (council member of SIF and 77th Street founder) who inspired us all with her stories. Aseem used the opportunity to dare her to pledge to dye her hair blue and green for a month for the campaign if she could sign up 10,000 supporters, and she gamely did it!

Here’s a shot of Andy recording a video of Elim Chew’s dare. 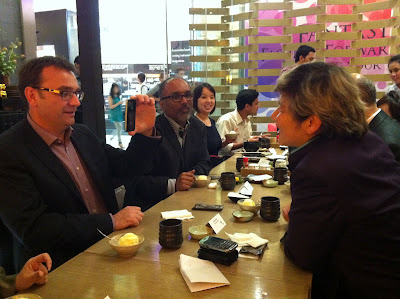 With so much food for thought, perhaps it is time for us all to reflect on what we can do to change our worlds – step by baby step. Earth Hour on 31 March looks like a good place to start, doesn’t it?

Founder of Cooler Insights, I am a geek marketer with almost 24 years of senior management experience in marketing, public relations and strategic planning. Since becoming an entrepreneur 5 years ago, my team and I have helped 58 companies and over 2,200 trainees in digital marketing, focusing on content, social media and brand storytelling.
Creating Great Experiences at Universal Studios Singapore
How Jeremy Can Be Linspiring For Singapore