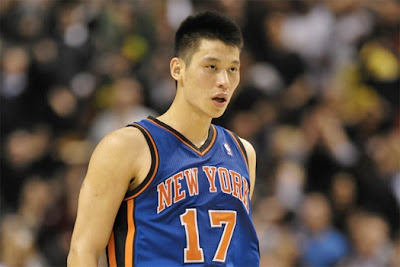 Despite being a rookie, Jeremy has blazed many new trails in NBA, with a record number of scores, assists and other game statistics to his credit. He has helped a relatively low key team to gain prominence, and wowed Americans of all colours with his court capabilities. Beyond the continent, Jeremy has also stolen the hearts of basketball fans everywhere, especially in the Asian subcontinent region.
Are there lessons that we can learn from Jeremy Lin here in Singapore? Let me list down some of these.

Size Isn’t Everything – Small can be Beautiful

Like Singapore, Jeremy isn’t huge. In fact, at 6’3″, he is considered a little small in the world of professional basketball. His petite size have dissuaded several coaches and managers of basketball teams in the past from selecting him as an immediate pick. In fact, if Jeremy was born in China, it was highly unlikely that his size would allow him to be drafted into the world famous Chinese sport academies (unlike the hulking Yao Ming).

Fortunately, what Jeremy lacked in size, he more than made up for in agility, speed and game intelligence. Watching him play against larger sized opponents and weaving his way around them, one couldn’t help but think about how Singapore – considered by some as a “tiny red dot” – can apply similar notions of maneuverability, flexibility and speed in winning the global game of nations.

Every Geek Has His/Her Day

In a related fashion, Jeremy with a GPA of 3.1 from Harvard University is considered somewhat smart even by Asian standards. Traditionally, Harvard is known more for brewing Silicon Valley wizards like Mark Zuckerberg and Bill Gates than basketball superstars. However, Jeremy’s performance thus far have turned the tables around for that Ivy League university.

Similarly, Singapore is well known for churning out straight A students and brainy (albeit nerdy) scholars. We place a high emphasis on a robust education and academic rigour to prepare our children for the future. Perhaps the lesson we can learn is how we can transform some of that “paper” smart into “street” smarts, expanding our knowledge beyond the classroom into the working world, and using that grey matter to our advantage.

If at First You Don’t Succeed…

Perhaps the most impressive “Linderella” story thus far is that of how Jeremy Lin was rejected by a couple of NBA teams before the New York Knicks finally recruited him and only first as a backbencher. Hailing from Harvard University, which isn’t well known for producing sportsmen or women, Jeremy’s never-say-die attitude had him trying for various teams. After numerous ties, he eventually managed to make it to the main squad of his current NBA team.

In a similar fashion, we Singaporeans should embrace that attitude of not giving up, even when the stakes seem to be against us. Like Jeremy, we have a back story of rising from a tiny fishing village to a modern, buzzing, cosmopolitan city today. While we’re already leading in certain global indicators like the economy, transport, and finance, there are still others where we can scale up the ladder so long as we doggedly keep at it.

Jeremy Lin’s sheer humility and self-sacrificial team spirit (he blamed himself for a game which Knicks lost to the Hornets) has put him firmly in the arms of his numerous fans around the world. While he has played spectacularly despite being a freshie, Lin has always given the credit to his team mates for each game. This ability to be a team player is a critical reason for how New York Knicks has risen from relative obscurity to a team to be reckoned with.

Singaporeans should also take heart from Jeremy’s values of humility and teamwork. Sure, we have achieved significant success as a nation and a city that is beyond the odds. However, it is always good to remain humble and willing to learn from others, while forging friendships with fellow players in the global stage and be known as team player.

Finally, and perhaps most importantly, Jeremy Lin always remembers to thank God for his team’s victory in each game. His strong religious conviction can be seen from his twitter page (which now has 500,000 followers) as well as his sharing on various platforms. I believe that these foundations have helped him to overcome the sheer pressure of playing at such a highly visible stage while fending off the numerous racist slurs and remarks which came his way.

Being grounded in firm moral values like integrity, courage, resilience, and righteousness are great ways for Singapore to succeed. As a country and a people, we need to have conviction in what we believe in, and have faith in what we do, come hell or highwater. The way to enduring, long-term success lies in having a strong foundation grounded in positive values.

What other lessons are there for us?

Founder of Cooler Insights, I am a geek marketer with almost 24 years of senior management experience in marketing, public relations and strategic planning. Since becoming an entrepreneur 5 years ago, my team and I have helped 58 companies and over 2,200 trainees in digital marketing, focusing on content, social media and brand storytelling.
How Earth Hour Became a Global Phenomenon
Setting and Scoring Corporate Goals