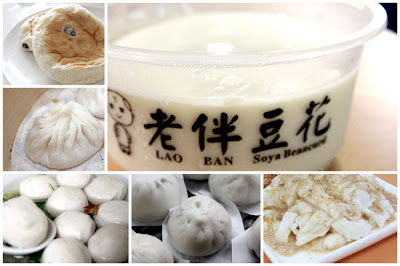 It all started rather innocently and positively. Pitched as part of a global initiative, Dîner en Blanc is the world’s first viral event premised on the concept of a “très chic picnic” imported from Paris. According to its website, this mass gastronomic extravanganza have taken place in outdoor public spaces in 20 cities across 5 continents this year, from Barcelona to New York City, from Montreal to Sydney.On 30 August, Singapore will be the first Asian country to host this colossal chi chi culinary affair. Like other cities in the Western world, this “hush-hush” viral party involves getting everybody to wear white, bring white food, cutlery, tables and chairs, and rendezvous to a secret location. This exclusive ivory-hued event is only available “by invitation” and limited to a select crowd of 1,000.

As you may expect, the effect could be quite magical. Quoting from the elegantly written prose of the event website:

“White-swathed tables appear in orderly rows, white balloons drift lazily skyward as gleeful attendees, dressed head to toe in the color du jour, unwrap their summer’s eve repast. The backdrop of the secret location add the only splash of color to the monochromatic celebration….”

All the elements of a great campaign were there: mystery, intrigue, exclusivity, visual spectacle, “pop-up” and secretiveness. As the saga unfolds, however, empathy and cultural sensitivity appear to be sorely missing.

Apparently, these humble entrées were not considered appropriate as they are not “formal” enough. The premise behind this decision is that these “fast foods” were inappropriate for the gastronomic affair which comprise “one first course, one cold main course, one cheese and/or one dessert, and one bread”.

To rub white salt to the wound, Daniel was informed the next day to take down his blog post on the event. According to him, there was no request to modify or edit his post.

Things went really sour (and I’m not talking about yogurt) when a later decision was made to uninvite all bloggers. This really drove the stake deep into the hearts of social media producers of all stripes, and triggered a backlash that spread far and white via Facebook and Twitter. Bloggers who weighted in include mrbrown, Moonberry, DK, Darren Ang and many others.

According to Moonberry, the reason given was that there was “little value in inviting bloggers because they do not regard social media influencers to be that influential anyway”. I can imagine how this would be taken by bloggers of any affiliation.

Wait there is more. The organisers has now announced that local food can be brought into the event according to their Facebook page. Quoting from their post:

“Diner en Blanc is a celebration of food culture whereby local food should be included; what is not encouraged is “fast food” which goes against the multiple course meal concept of the event. The 3 hour duration of the event allows for guests to invest their time into preparing a 3 course meal.”

The latest is that the mainstream media has also caught on to the culinary controversy.

From a PR perspective, Dîner en Blanc in Singapore could have avoided this case of “food poisoning” by doing the following:

1) Communicating clearly and unequivocally on the onset what the event can and cannot permit. If participants are expected to bring their own home-cooked cuisines rather than to “tar pao” (takeaway) food items from a hawker centre, this ought to be known from the beginning. Omitting this detail would naturally leave people guessing.

2) Understanding that local food resonates very deeply in the hearts of Singaporeans who grew up with them. We mustn’t forget that these seemingly humble hawker fare form the very essence of the Singaporean identity. Any form of poo-pooing, regardless of how unintentional they may be, will be regarded with outrage.

3) Remembering PR 101, ie that nobody should ask a member of the media – mainstream, alternative or citizen – to take down a story already published. While there may be occasions for PR folks to help to “squash” emerging negative stories (something always unpleasant for both publicist and media), doing so for one already online or printed is anathema to good sense. You not only irritate the blogger/journo, but may inadvertently trigger even greater interest in the snafu. Remember that forbidden fruit always tastes better!

4) Having the sense not to invite and later univite guests to an event. This is basic human courtesy regardless of culture. The organisers ought to have anticipated that there could be capacity issues and to come up with a Plan B or even Plan C. Uninviting people after you’ve first courted them to a privileged event reeks of poor planning and disrespect.

5) Ensuring integrity, coherence and consistency in one’s messages. Don’t try to change your stance mid-way through a campaign with clarifications that are not in sync with what’s earlier communicated.

6) Learning to admit one’s mistakes and saying sorry. We’re all human. We all make mistakes and screw up. There is nothing wrong in admitting to one’s former folly and to seek ways to sincerely address those issues in whatever way one can.

One thing’s for sure. This major meal has gone massively viral, albeit in a wrong way. It is going to take a massive effort to “white wash” over the bitter taste of this white pill.

Founder of Cooler Insights, I am a geek marketer with almost 24 years of senior management experience in marketing, public relations and strategic planning. Since becoming an entrepreneur 5 years ago, my team and I have helped 58 companies and over 2,200 trainees in digital marketing, focusing on content, social media and brand storytelling.
Likeonomics: A Book Review
Mapping Singapore’s Infocomm Future