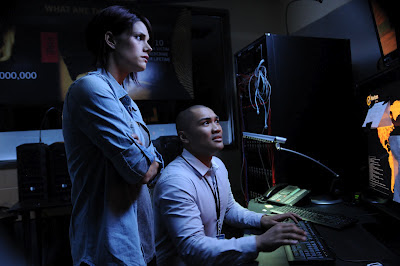 In horror, you quickly check your email. An ominous message appears on Whatsapp. Wait a minute, isn’t that your face on the evening news as the police searches for a “Wanted” criminal?

Fact blends with fiction in the world of Anthony E. Zuiker’s (creator of the CSI franchise) Cybergeddon. Launched exclusively on Yahoo! in over 25 countries and 10 languages on Tuesday, 25 September, Cybergeddon is the work of Zuiker’s company Dare to Pass in partnership with Dolphin Digital Studios. As one could guess, the movie is supported by online security giant Norton by Symantec.

Touted as a “new digital blockbuster”, Cybergeddon warns us of the growing threat of cybercrime through the talents of stars like Olivier Martinez and Missy Peregrym. While the scenario I’ve painted above doesn’t appear in the movie, such a situation could very well happen in this day and age.

Having watched the entire movie in one sitting, I must commend the producers for trying to weave in a degree of human interest and nail biting excitement into the plot. It does have its thrills and spills, and I like the humourous interludes between Chloe, Chase and Frank.

However, I felt that its format probably works better online where it will be released as nine chapters in an episodic manner – three per day over three consecutive days – as opposed to a big screen endeavour. I guess that’s how it was meant to be produced.

You can catch the trailer and the movie on Yahoo!’s website here.

In the words of Zuicker himself,

“Cybergeddon is a cinematic experience that breaks traditional rules. With the global distribution arm of Yahoo!, we will give viewers a way to have more to do after watching the segments to gain more knowledge and further interact with the storyline and cast. The best part is that all of this can be experienced on any device, anytime and anywhere, day and date with the launch of Cybergeddon.”

I personally enjoyed the fact that Cybergeddon has some elements of transmedia storytelling, leveraging on consumers to unravel various parts of the storyline through an interactive web experience. Apparently, Zuicker is an expert in the field of cross-platform storytelling with his pioneering of the “Digi-novel” genre through the Level 26 series.

Go check out the move website for its trailer, and remember to tune in to Cybergeddon this coming Tuesday! 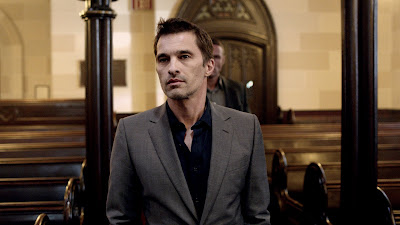 Founder of Cooler Insights, I am a geek marketer with almost 24 years of senior management experience in marketing, public relations and strategic planning. Since becoming an entrepreneur 5 years ago, my team and I have helped 58 companies and over 2,200 trainees in digital marketing, focusing on content, social media and brand storytelling.
Finding Your Muse
Social Innovation Comes Alive at GSIF 2012