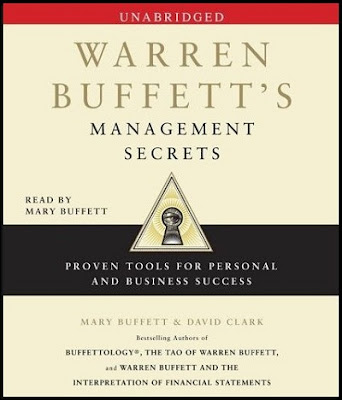 Written in a simple, storytelling fashion interspersed with little stories and anecdotes from Buffett’s management style, the book seems more suited for entrepreneurs and new managers than experienced leaders although some of its precepts are timeless. It is divided into five key sections:

Here, we’re told that the best companies to invest in and to work for are those with strong financials and balance sheets (as opposed to the touchy feely stuff like values, vision and so on). Buffett goes for companies that have unique products, scale advantages that allow them to generate significant margins, have healthy price/earnings ratios, generate good margins, and stay away from debt.

Those he admire include Coca-Cola, Wrigleys, Wal-Mart and Apple, while General Motors comes with a huge “stay away” warning. Known for sticking to long-term rather than short-term investments, Buffett prefers to address the fundamentals rather than adopt technical analyses of businesses (he poo poos much of the investment banking community).

Quoting from the book: “..if you find yourself working for a company with poor inherent economics, it is better to get out now than it is to stick around year after year waiting for things to change.” Good advice indeed, at least for those who want to succeed financially in a company that issues fat paychecks!

In this section, the authors shared how Buffett delegated and empowered his CEOs (there are 88 of them), and focuses on a few outstanding individuals among the pack. Warren’s style is one of picking the right people and giving them as much leeway as possible to get the job done. Painted more like a coach and mentor, he doesn’t scold his business leaders if they make mistakes but instead, encourages them to do better.

Adopting a principle of management by asking questions (rather than issuing orders) – a stark contrast that with the other legendary business leader Steve Jobs – Buffett focuses on the major things and leaves the rest to his managers.  The mantra used is “Delegation to the point of adjudication”.

3) Find a Manager with the Right Qualities

Buffett looks for managers and leaders with integrity, intelligence, and a passion for the business. Through various stories, we’re told of people that embody those qualities and joined the Berkshire Hathaway group in diverse businesses ranging from machine tool parts manufacturing, jewellery to retail. Business ethics and the propensity for “the truth, the whole truth and nothing but the truth” is key. Buffett highlights that “Managers who always promise to ‘make the numbers’ will at some point be tempted to make up the numbers”.

Apparently, Buffett is a keen fan of Dale Carnegie’s How to Win Friends and Influence People, adopting many of his precepts in people management.  With the right folks in place, Buffett finds various ways to motivate his managers and employees.  Key lessons here include encouraging others to come up with the right ideas, speaking to the other person’s wants and needs, and using praise (rather than criticism) to encourage.

An anecdote I remembered was one where Buffett went all the way to the airport, driving his gold Cadillac and picking up a new business leader who was just recruited to join a business. He brought her around his hometown in Omaha, Nebraska, bought her lunch at a fancy restaurant and introduced her to employees in the company. I think its quite amazing that a business leader of such stature was willing to do that for a new joinee!

The final part of the book focuses on 10 key managerial axioms that underscore how Buffett lives his life. One can tell that he has a huge aversion to borrowing money of any kind – personal or professional. We’re also told that we should learn from our mistakes instead of ignoring the lessons contained therein, keep our business costs low, bank on the tried and true, pursue excellence and “scale up” in life, amongst other “Warren-isms”.

While I enjoyed listening to the audio book (much of it over a two hour bicycle ride), I found that many of the lessons aren’t really rocket science. One can’t really embrace all the tenets of the slim volume and hope to become a billionaire through osmosis. Having said that, I was personally motivated and inspired by Buffett’s emphasis on simple solutions and philosophies to business and management problems. 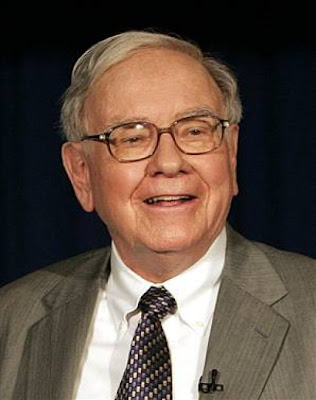 Founder of Cooler Insights, I am a geek marketer with almost 24 years of senior management experience in marketing, public relations and strategic planning. Since becoming an entrepreneur 5 years ago, my team and I have helped 58 companies and over 2,200 trainees in digital marketing, focusing on content, social media and brand storytelling.
7 Evergreen Leadership Lessons From Good To Great
A Winning Mix of Hospitality, Heritage and Hope