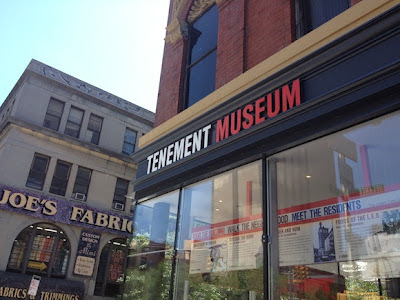 Thanks to the Singapore Tourism Board and Association of Singapore Attractions, I had the privilege of learning about the experience creation strategies of the Tenement Museum from Ms Miriam Bader, Director of Education for the museum.

With a strong emphasis on keeping it real, the Tenement Museum uses archival photographs, videos, artefacts and artworks to re-tell the tale of how immigrants eked out their lives in squalor. Each painstakingly recreated apartment of about 325 square feet (3 rooms) once housed families of 6 to 10 people in extremely claustrophobic spaces. Through deploying multiple layers of storytelling, the museum is able to vividly recreate how life was like for the 7,000 or so residents of those immigrant quarters. 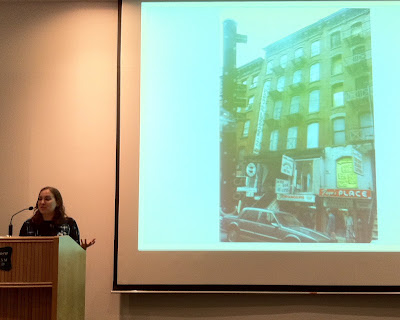 At the core of the Tenement’s tour development strategy lies two essential elements:

1) Research, which studies the history of both the site and the people who lived there; and

2) Concept which weaves the big idea of the story with a contemporary connection.

To ensure that all visitors go through the “Tenement Experience”, no self-guided visits are allowed. This unique requirement has made it necessary for visitors to book their visits in advance.

In order to enrich the experiences of its guests, the Tenement employs a holistic approach to storytelling which involves the elements of a good story, ie: setting, characters, images, objects, multisensory stimuli, imagination, relevance, and mystery. To interest and enchant their guests, museum educators are also taught the skills of community, group management and presentation.

To preserve the original flavour of the premises, no effort is spared in restoring its premises. This obsession with authenticity is translated into how the plaster of the building is restored using horse hair as a binding agent – just like the old times! Old photographs from diverse sources are also used as part of the investigation process to determine how the site and its residents were like. 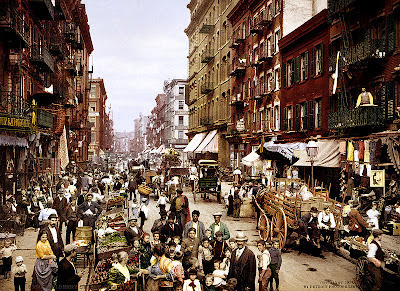 Courtesy of The Big Red Apple

Through a calendar of activities such as building tours, neighbourhood walks, language classes, talks, a series on food and “Meet the Resident” sessions (whereby staff dress up and do role playing), the museum attracted some 182,000 visitors in FY 2012. About one-third of visitors are tourists, with one-third from the New York metro area, and remaining one-third from the other regions of the US. The museum also hosts some 40,000 school kids a year with age-appropriate programmes such as its “Living History” programmes.

Perhaps the most insightful approach adopted by the Tenement is its strong focus on contemporary communities. By holding language classes for new immigrants and organising extended tours which allow participants to talk about their own feelings and experiences of immigration, the museum is able to reach deeply into the heart of its guests. This intimate approach to sharing stories and garnering visitor feedback helps to differentiate it from many other historical attractions.

What I especially liked about the Tenement is its emphasis on real people with real stories. An example was fleshed out in how it traced the live histories of dressmakers Harris and Jenny Levine (photograph below) and faithfully rebuilt what their old home used to look like in its quarters. 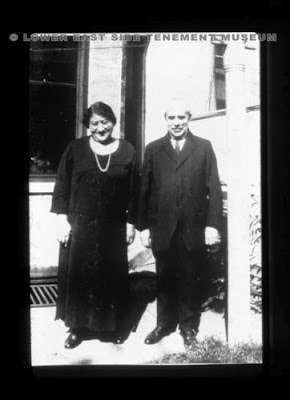 By personalising the story of early immigrants with real characters, the museum is able to strike a deep emotional chord with its visitors. This brings engagement to a different level altogether.

Knowing who Harris and Jenny Levine were, for example, helped one to deeply appreciate how miserable their lives were like. From the photograph below, one could imagine how challenging life was like then when they had to squeeze an ironing board, baby’s crib, stove, sink and hanging laundry into a tiny room! 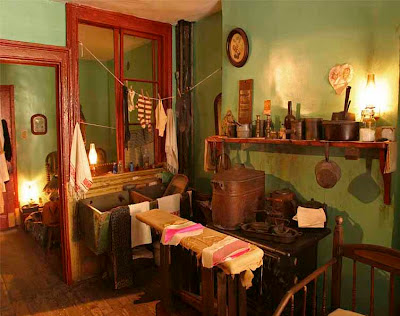 To keep itself afloat, the Tenement museum operates four different shops and F&B outlets at its ground level. Its retail outlet is so popular that it was voted “the number one shop to buy anything you want on New York City” by Zagat’s. To further support its running costs, the museum also raises funds through courting donors and sponsors.

Annually, these activities generate some US$6 million in revenue. Two-thirds of the income came from earned revenue (ticket and shop sales), while the remaining one-third came from development sources (ie institutional and individual giving). This revenue helps to sustain the approximately 90 full-time staff of the museum – the largest cost component for the museum. Courtesy of Travel and Transitions

To keep running costs low, the museum has zero budget for advertising. Its two man marketing team rely heavily on social media relations spending 30% of their time on online engagement. This has helped it to draw more than 63,000 monthly visits/ 200,000 monthly pageviews to their website, recruit 5,730 Facebook fans, and attract close to 10,000 Twitter followers. Their blog is updated twice a week, and a monthly email newsletter is sent to subscribers.

It is inspiring to hear how the Tenement Museum forges authentic visitor experiences through meticulous storytelling, comprehensive staff training, and community engagement. Perhaps the best way to summarise the “Tenement Experience” is captured by this quote from a Nick, an educator in the museum, on what he likes about his work:

“One,… creating a sense of wonder through stoytelling with a convivial nature, and two, listening to visitors. And that’s why I love it here, I like listening to people.”

Founder of Cooler Insights, I am a geek marketer with almost 24 years of senior management experience in marketing, public relations and strategic planning. Since becoming an entrepreneur 5 years ago, my team and I have helped 58 companies and over 2,200 trainees in digital marketing, focusing on content, social media and brand storytelling.
How to Write for Your Audiences
The 3 ‘I’s of Effective Project Management