Why We Should Embrace SoLoMo 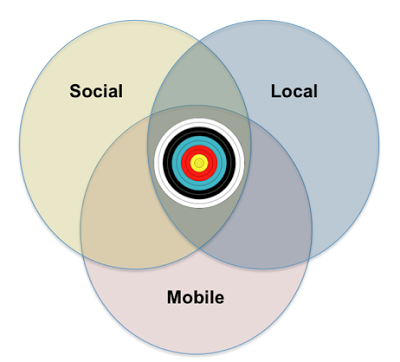 Do you know what SoLoMo is?

(Nope, its got nothing to do with King Solomon, although there is certainly some wisdom there).
According to Zideate, SoLoMo is “a portmanteau of Social-Local-Mobile which represents the convergence in social, local, and mobile media, especially in the context of smartphones, tablets, or other mobile computing devices”.

Through social, mobile and location-based technologies, SoLoMo represents a unique opportunity for merchants to reach today’s mobile customer. Unlike other forms of “push marketing”, SoLoMo is often the result of the user “pulling” a specific message/promotion/transaction by virtue of his location and activity on social networks.

I believe that Singapore is well poised to take advantage of SoLoMo due to two factors:

1) The ubiquity of mobile social networking in Singapore; and

Ubiquity of Social Media and Smartphones 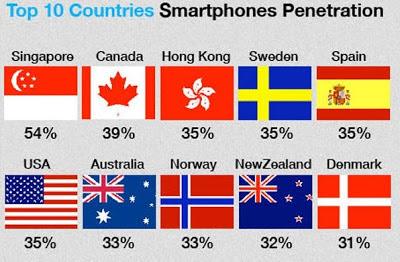 We’re number one in Smartphone penetration! (courtesy of The 8th Voyager)

We’re hugely addicted to social media. And to our mobile devices.

An Experian Hitwise report highlighted that we were the top Facebook users in the world in terms of time spent per session!

There are currently almost 3 million Facebook users in Singapore, representing a penetration rate of about 62.66% of the population (source: Social Bakers). Facebook accounts for almost 32% of web traffic in 2011, followed by Google+ at almost 16%.

Microblogging and community forums such as Twitter and Singapore HardwareZone Community are also gaining ground in the category with a combined website traffic of 6.67%.

The overwhelming presence of social media here is catalysed by an almost universal smartphone penetration. According to Blackbox, 88% of Singaporeans carry a smartphone.  This trend is well distributed amongst amongst all age groups, even amongst seniors.

This combination of social and mobile has made Singapore the country with the highest mobile social media use in the world (source: CIO Asia). Seven in 10 Singaporeans interact with social media via our phones, putting us 23 points above the global average of 47%. 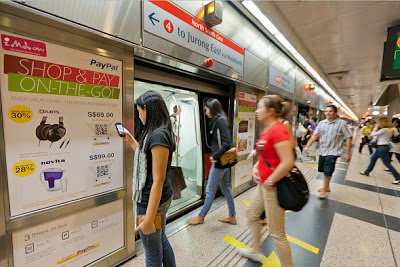 With high smartphone penetration rates and a ubiquitous presence on social networks, Singapore should be an excellent arena for mobile commerce (m-commerce).

From the study, it is revealed that about 23% of all online shopping is mobile in 2011. About 880,792 Singaporeans made purchases through mobile devices such as smartphones and tablets.

The most interesting finding is that mobile shopping while commuting is growing. About 13% of smartphone users and 11% of tablet users reported doing that. 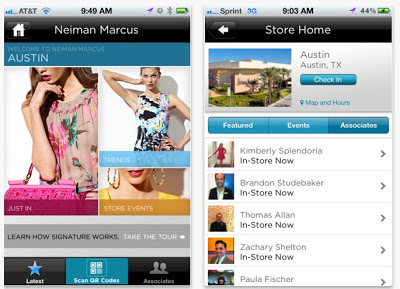 An Example of a SoLoMo website (courtesy of marketlive)

With the odds in our favour, the time is right for our retail and F&B businesses to ride this new wave.

For a start, consumer businesses could create retail deals, coupons, shopping and dining events targeted at mobile users based on geographic proximity, demographics and shopping/check-in history. This could range from coupons for a coffee at Starbucks, invites to a “flash” sale at Robinson’s for those in the vicinity, to “credits” awarded to those who checked-in repeatedly at a shopping mall.

Efforts could also be put in place to encourage greater “community forming” amongst mobile users with similar places/shops of interest. This could leverage on the common interests of consumers who may wish to meet like-minded others who are fans of the same retail or F&B outlet.

Before rushing onto the SoLoMo bandwagon, however, it may be useful to consider the following:(extracted from Monetate’s infographic):

1)  Optimise your business for local searches. Ensure that you’ve tweaked your websites and blogs to appear on the first page of Google’s search results.

2) Get your visitors to opt-in by asking specific questions about the types of offers they should receive and how they want to receive them.

3) Embrace “showrooming”, ie allow your visitors (in-store or online) to check product prices and reviews online from their mobile devices. Even better, provide free WiFi for your brick-and-mortar locations.

4) Give them as much information as they want. Offer these through your mobile website so that they can easily make comparisons and transact with you.

5) Leverage on location to reinforce loyalty. As shared earlier, offer location-based deals and offers when visitors who have opted-in visito your store. This helps you to provide genuine value to them from mobile campaigns.

For more information on SoLoMo, do check out this wonderful infographic from Monetate.

Founder of Cooler Insights, I am a geek marketer with almost 24 years of senior management experience in marketing, public relations and strategic planning. Since becoming an entrepreneur 5 years ago, my team and I have helped 58 companies and over 2,200 trainees in digital marketing, focusing on content, social media and brand storytelling.
The Innovator’s Dilemma: Book Review
The Value of Moderation