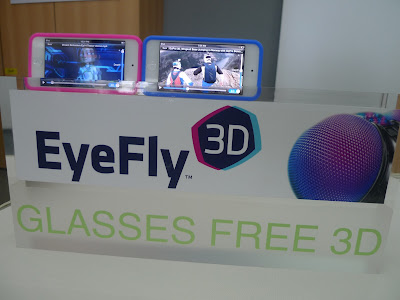 Ahh the wonders of 3D. If only we can get rid of those ugly 3D glasses…

Well, apparently, now we can. In a world’s first for Singapore, A*STAR’s Institute of Materials Research and Engineering (IMRE), together with Temasek Polytechnic (TP), has developed a new plastic film which empowers your handheld device to display 3D images and videos. This nano-engineered screen protector allows you to view 3D movies and photos using your smartphones and tablets without needing to wear those pesky red and green spectacles! 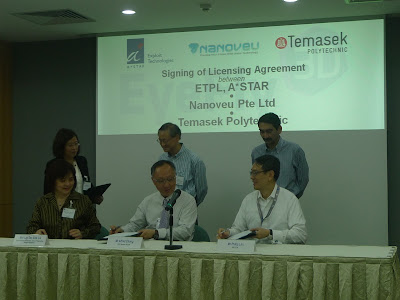 To be marketed by new start-up Nanoveu Pte Ltd as “EyeFly 3D”, this pioneering invention led by Mr Frank Chan of TP employs IMRE’s proprietary nano imprinting technology to imbue a plastic film with half a million miniscule but perfectly shaped lenses. These nano (ie truly infinitesimal) sized lenses are so minute that they do not compromise your normal “2D” viewing experience on handheld devices. As the brightness of the displays are not affected (and hence there is no need for you increase its intensity), battery life will not be affected.

Complementing the filter, the research team has developed applications for Apple iOS and Android devices which enable users to view 3D videos from YouTube and other sources in the palm of their hands. Unlike other 3D filters, EyeFly 3D allows users to play and view 3D content in both landscape and portrait formats. These apps allow 2D pictures taken with mobile devices to be converted to 3D.

Software development kits and plug-ins will also be developed to enable game developers to create 3D versions of their games. Imagine playing a 3D version of Temple Run or Smurf’s Village on your iPhone!

Beyond delivering glass and distortion free 2D/3D videos, photos and games on smartphones and tablets, the nanotechnology deployed for EyeFly 3D can also be used for security applications. One possibility is to explore how security access tokens using this technology can be deployed to decode PIN numbers sent online.

Inspired by nature (think the multiple lenses in the eyes of a housefly), EyeFly 3D uses age old lenticular lens technology that has been around for the last century, modernised it, and patented it using nanotechnology.

To ensure that a strong pipeline of 3D content is made available, partnerships with Tiny Island productions and other content providers are currently being inked by Nanoveu. In addition, the team is also working with Apple’s iTunes to see if 3D movies, videos and games can be better aggregated. 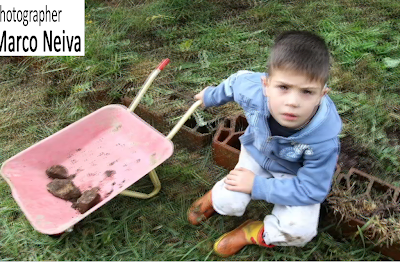 ETPL also provided the gap funding for prototype development, linked the team to investors like Beacon Ventures, fine tune the product for commercial manufacturing, and source for the right manufacturing partner. Plans are underway from the team to secure an additional $1.2 million of funds to reach a total start-up capital of $1.8 million.

For its initial debut in mid April 2013, EyeFly 3D will be available for iPhone 5 and iPod devices and distributed at stores like EpiCentre. Over the next two to four months, new versions of the film would be developed for the iPad and Android devices.

Check out Nanoveu’s website for more details of this breakthrough yet affordable technology.

Founder of Cooler Insights, I am a geek marketer with almost 24 years of senior management experience in marketing, public relations and strategic planning. Since becoming an entrepreneur 5 years ago, my team and I have helped 58 companies and over 2,200 trainees in digital marketing, focusing on content, social media and brand storytelling.
Is Blogging Going To Die?
SG Rating – A Tool for Consumer Businesses