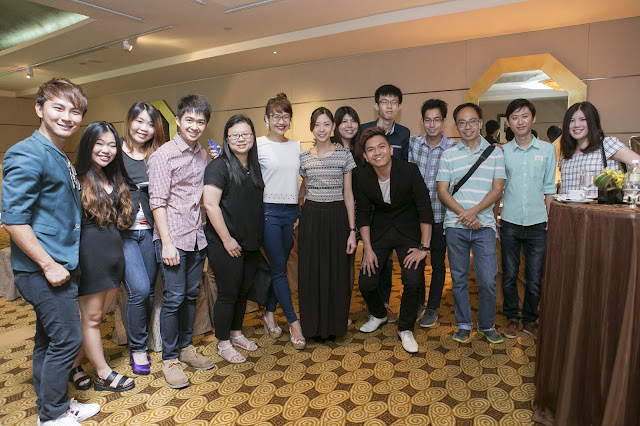 How often do you watch an Asian movie? What about a locally produced one?

Given the intense competition from Hollywood movie studios, churning blockbuster after blockbuster, many Singaporeans do not regularly watch Asian movies. In fact, we probably can count with one or two hands the number of Asian movies we watched in any one year!

Hopefully things will change if Clover Films has its way.

Established in 2009, Clover Films is a leading distributor and marketer of Asian movies. Most of its activities are focused on catering to the Mandarin and Asian movie watching markets of Singapore and Malaysia.

A key player in Singapore’s movie scene, Clover Films has distributed more than 100 movies. These include the record-breaking Jackie Chan blockbuster CZ12 – the highest-grossing Chinese movie (excluding locally produced ones) in our history. Other popular films distributed by Clover Films include Jay Chou’s The Viral Factor, John Woo’s Reign of Assassins and The Fierce Wife: Final Episode.

Beyond distributing films, Clover Films has also produced movies in collaboration with regional directors and producers. Some of its home-grown movies include 23:59, The Wedding Diary I & II, Ghost Child and Filial Party.

Thanks to an invitation from Kevin Soh, I caught a sneak peek of Clover Films’ upcoming titles for the next six months at their blogger event. It was great to catch up with old friends and to also immerse myself in the magic of Asian cinema. Sit back, relax and grab yourself some popcorn as we preview some of these exciting films. 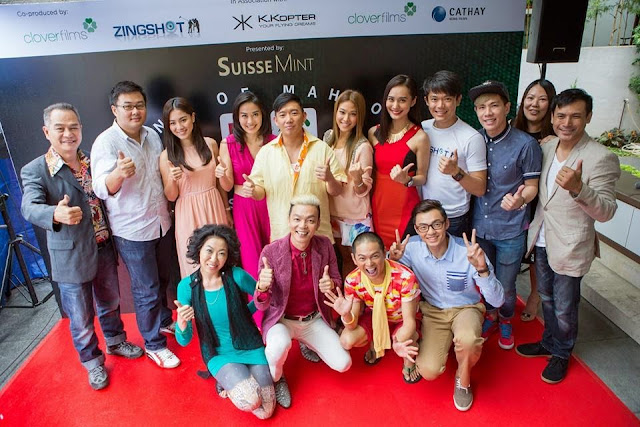 Despite Huang’s insistence, Fatt declines to join the competition as he is determined and contented to lead the life of a commoner. In a bid to force Fatt into the showdown, Huang abducts Fatt’s wife, Lei Meng Na (Michelle Ye). Fatt thus has no choice but to join the competition as Huang holds his wife as hostage. As Fatt and Huang compete as the finalists on the mahjong table; Ru Wu Chang’s secret mahjong technique and the truth comes to light as the winner emerges…

Bring Back The Dead 招魂 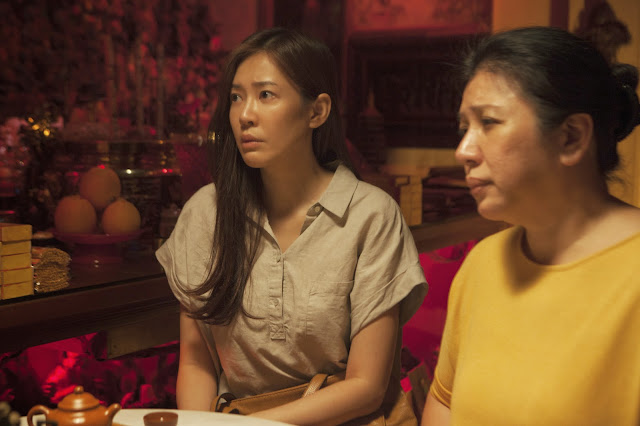 We Asians love to scare ourselves silly, and Clover Films has got not one but two horror movies. The first is their locally produced ghostly flick Bring Back The Dead starring Jesseca Liu and Liu Ling Ling (not related).

When her seven-year-old son dies in a tragic road accident, grieving mother Jia En (Jesseca Liu) seeks the help of her former caregiver Mdm Seetoh (Liu Ling Ling). Her grisly goal? To bring back his soul so he can be ‘by her side’ at home. Unfortunately, things aren’t quite they seem. After several strange and deadly occurrences, she suspects that there is something amiss with the soul that she has brought back. A horrific truth unravels – one which may cost her her life and the lives of those around her.

Check out the trailer below for some chilling action! 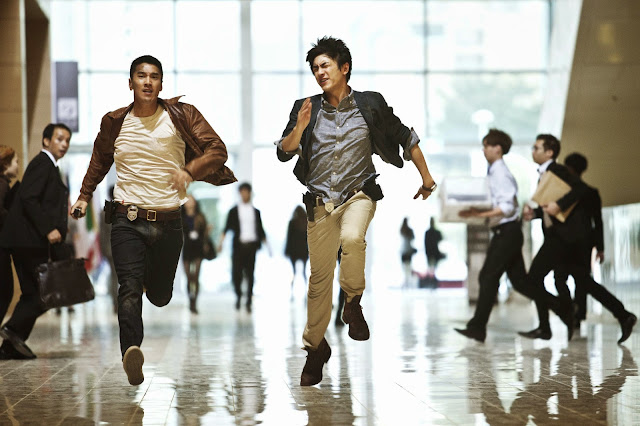 This action-packed thriller upcoming male stars Mark Chao and Lin Gengxin. According to the synopsis, panic spreads the whole city as a series of bomb explosions happen within hours and this is just the beginning of a tight-knit conspiracy. Righteous and impulsive, Wu Ying-Xiong is paired up with the intelligent but arrogant loner Chen Zhen to track down the mastermind behind the bombing incidents. Soon Wu and Chen discover that the bombings are just the prelude to a massive act of destruction.

Stolen military missiles are now aimed at the Harbour City. Moreover, a deadly virus is about to breakout, one which is so highly contagious that it can devour the whole world in 14 days. All the chaos is planned by the Nightwalkers—a secret assassination squad which used to serve the highest government officials.

Check out the trailer below for highlights of the duo’s thrills and spills! 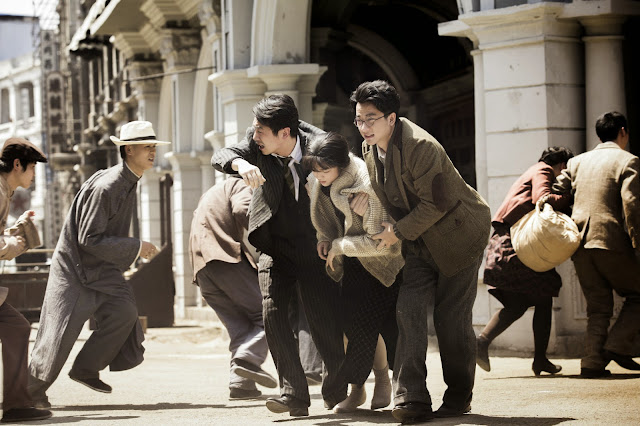 The writer Xiao Hong was born as Zhang Naiying on the day of the 1911 Dragon Boat Festival (June 1st) in Manchuria, north-east China. Her mother died when Xiao Hong was young and her estrangement from her tyrannical father sparked a long quest for an independent and emotionally satisfying life. She was rescued from destitution by hard-drinking fellow writer Xiao Jun. However their ill-fraught and competitive relationship brought her more heartache than joy. During this time, she found a kindly and considerate surrogate father in the great writer Lu Xun.

While evacuated to safer inland areas to escape the Japanese invasion of China – and on the rebound from what turned out to be the definitive break with Xiao Jun – she married another novelist from the North-east, Duanmu Hongliang. The pair fled together to Hong Kong in 1940. Alas, a month later, Hong Kong too fell to the Japanese on Christmas Day of 1941. While Xiao Hong died of tuberculosis at the age of 31, several key episodes in her life remain obscure and disputed.

This multi-award nominated movie stars Tang Wei (湯唯) and Feng Shao Feng (馮紹峰). Capture the literary romance of the era by watching the trailer below. 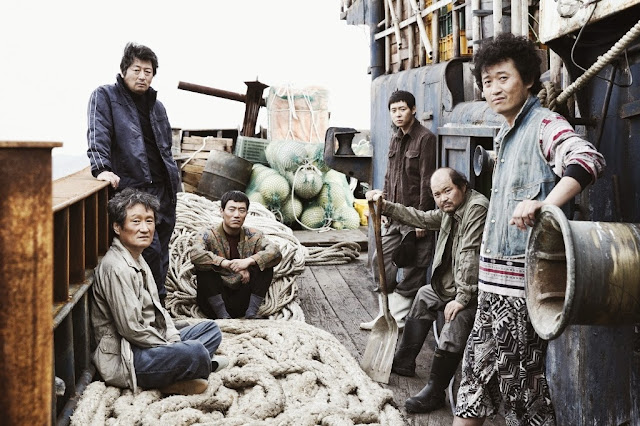 Based on true events, Haemoo is the story of a group of fishermen driven into madness when their attempt to smuggle illegal migrants ends in a horrible tragedy. Six crew members led by a captain begin their dream of having their boat with a full load of fish. However on the open sea, they discover that they aren’t just transporting fish meat but human beings!

To protect the ship and their livelihoods, Captain ‘Cheol-ju’(Kim Yoon-seok) suggests to his crew members to help smuggle stowaways. These individuals risked their lives in the sea together with the six crew members on board a the ill-fated boat. To add to their woes, an unknown ‘sea fog’ clouds their vision… 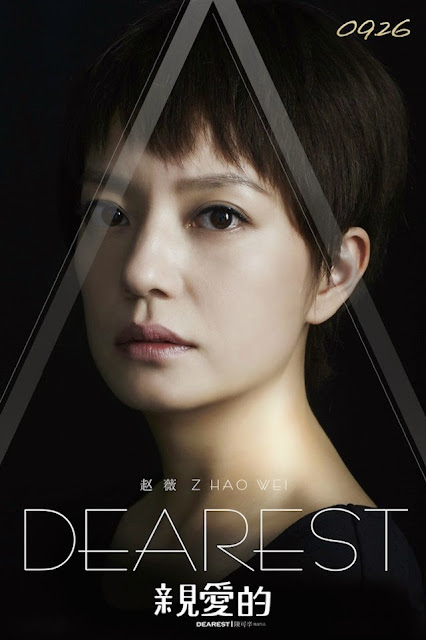 Following 3 years of unrelenting search, Tian Wenjun (Huang Bo) and ex-wife Lu Xiaojuan (Hao Lei) finally locate their abducted son in a remote village. After the boy was violently taken away from the village, the heartbroken foster mother Li Hongqin (Zhao Wei) goes on a lone journey to get him (and her other child) back.

Ready to turn on the tap? Watch the trailer below! 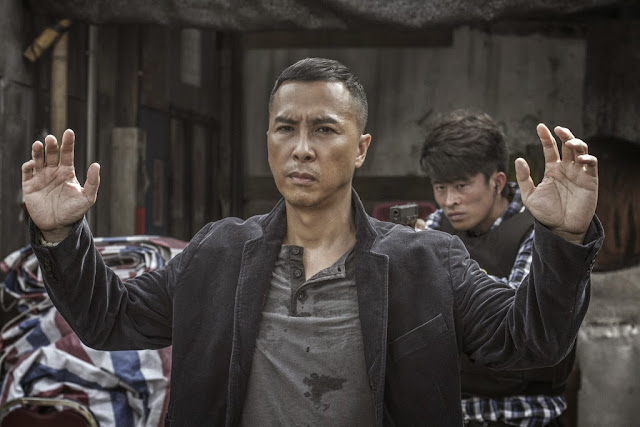 A martial arts instructor (Donnie Yen) working at a police academy is imprisoned after killing a man by accident. However, when a vicious killer (Wang Baoqiang) starts targeting martial arts masters, the instructor offers to help the police in return for his freedom. Cast members of this action flick include Donnie Yen, Wang Bao Qiang, and Charlie Yeung. 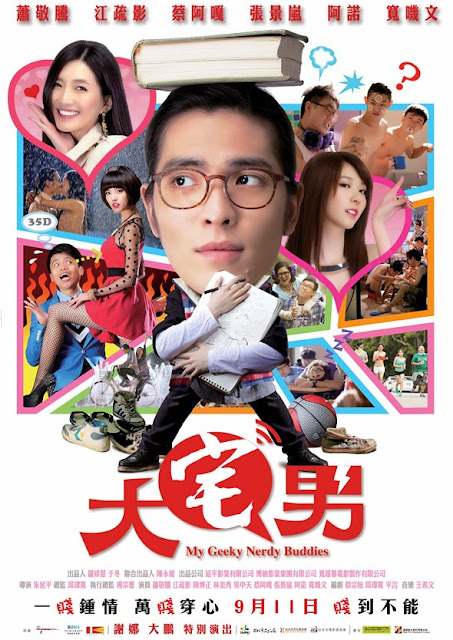 Otaku (Jam Hsiao) and his roommate Mr. Cheap (Da Peng) are known as the ultimate geeks of their university. Like any hot blooded young guys, their goal is to fall in love with their girls of their dreams. To get close to his goddess Mei (Xie Na), Mr. Cheap pretends to be a spoiled rich kid, appearing everywhere she goes. Meanwhile, the introverted Otaku tries to create a chance to talk to class beauty Ling (Maggie Jiang) by running into her in the hallway, only to have his plan fail awkwardly.

The school’s legendary couples party is fast approaching. Unfortunately, the person who shows up without a date will be etched on the “pillar of shame” and be mocked forever. To avoid this catastrophic fate, Otaku and Mr. Cheap decide to put away lame disguises and try winning their goddesses over by being sincere and earnest. With the dignities of geeks everywhere on the line, a fierce battle for love is about to kick off….” 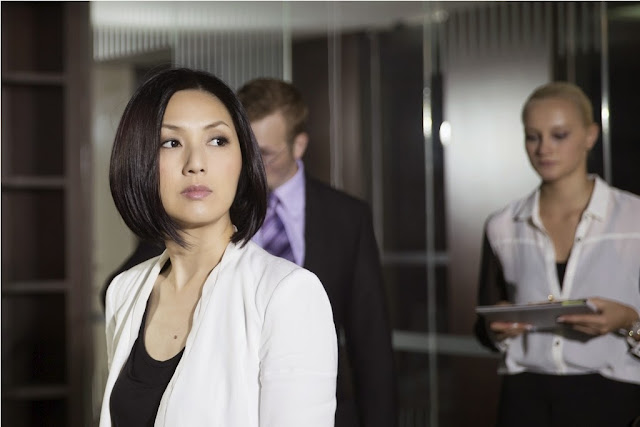 In this second parter, Shen Ran loses his ingenue of a girlfriend Zixin to an architect with a heart of gold. Angered, he returns to his previous life as a womaniser and starts hitting on every pretty girl that crosses his path. Meanwhile, his new love also finds herself torn between him and another young man. This movie stars Miriam Yeung, Louis Koo, Gao Yuan Yuan, Vic Chou, and Daniel Wu. 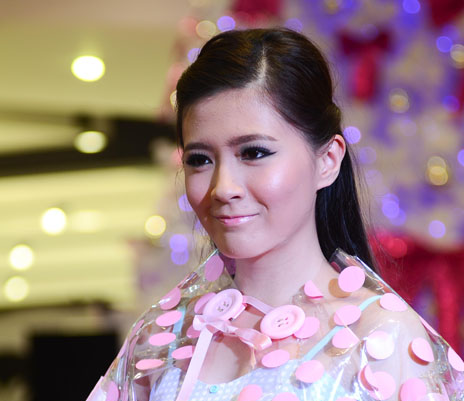 It has been three months since Nott (Punjan) lost his beloved girlfriend, Pla (Focus) in the motorcycle accident. His heart wrecked by guilt and sorrow, he realises that the only way for him to overcome this is to meet Pla again in her after life. Sounds familiar? 🙂 He tries to find a way to find back Pla’s soul and decides to join the emergency crew volunteer which he has to secretly picked up the belongings of the dead ones himself. He thinks that by doing that he will be able to find back Pla’s soul.

However, things are not that simple. John (Jack) his friend at the volunteer foundation tells him not to ask for problems. After all, things of the spirit are not to be taken lightly. However, Nott does not listen and continues to confront the haunting spirits, hoping that they may be able to lead him to Pla. Will he be able to meet Pla? Will he be able to tell Pla what he wants to?

Be chilled to the bone by the trailer below!

Looks like there are lots of exciting Asian movies in store. Do look out for them in the months ahead!

Founder of Cooler Insights, I am a geek marketer with almost 24 years of senior management experience in marketing, public relations and strategic planning. Since becoming an entrepreneur 5 years ago, my team and I have helped 58 companies and over 2,200 trainees in digital marketing, focusing on content, social media and brand storytelling.
How to Market to Ageing Consumers
An Exercise in Stillness