Collecting versus Creating – A Digital Dilemma? 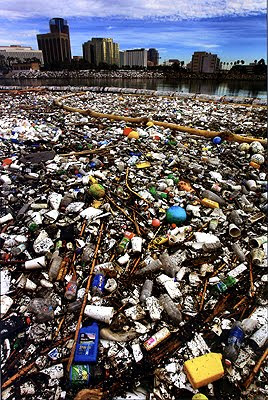 Beyond the curation of online information (text, photos, videos, games etc), social media strategists should also learn how to be judicious in the art and science of collection. However, just like working in a museum, collecting digital “treasures” need to be done purposefully.

We collect news and updates from an entire range of aggregators like Digg, Channelnewsasia.com, Huffington Post, Tomorrow.sg, Ping.sg and more.

(Of course, the fact that almost all online applications are FREE doesn’t help, but I digress)

If we are not careful, we may end up collecting and re-spewing so much third party data and information that we become postboxes. With everything served in bite-sizes, one can easily over-indulge on digital candy and become bloated with (mis)information.

Perhaps it is time to apply the axe more frequently. Cut down on the streams of information coming your way. Be purposeful and selective in what you read, share, monitor and write. Separate the wheat from the chaff.

Instead of just being a passive collector and a disseminator, be a creator and a curator. Divide your time between reading/skimming other people’s content, and rolling up your sleeves to create something meaningful and worthwhile of your own.

These can be in the form of blog posts, Facebook notes, Youtube videos, Flickr photos, an audio recording of your thoughts, or anything else that adds to the body of knowledge.

Of course, not everybody can write, tweet or produce an online episode as well as the kings and queens of social networks like Xiaxue, Seth Godin, Natalie Tran or Danny Choo. However, I firmly believe that original and real insights are sometimes more valuable than repurposed content.

Life is short. Don’t just be a digital drifter or a real-time recycler. Let others hear your voice and know who you are. More importantly, do it for yourself and invest in the future.

Founder of Cooler Insights, I am a geek marketer with almost 24 years of senior management experience in marketing, public relations and strategic planning. Since becoming an entrepreneur 5 years ago, my team and I have helped 58 companies and over 2,200 trainees in digital marketing, focusing on content, social media and brand storytelling.
Ritz Carlton’s Legendary Service
Don’t Lose the Long Form!