The Importance of Building Consensus 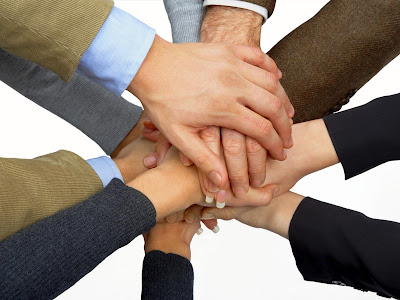 One of the most critical skills I’ve learned working in large organisations is this:

In other words, if you want your latest (and greatest) ideas to work, remember to consult internally FIRST before anything else. There is little point in developing a gameplan to its penultimate stage if you do not have any players.

The true measure of corporate success isn’t about conceiving the most radical out-of-the-box schemes alone. Rather, it is about how well that plan has rolled out, how much support it has gained amongst employees, and its overall net impact.

To me, where it starts isn’t important. I don’t need to be credited with sparking off a new initiative so long as everybody else feel that they own it. What’s far more important is where it ends and what it has accomplished.

How does one get internal consensus, joint ownership and a shared vision for new initiatives? Here’s what I’d propose:

First, be clear about your own goals and outcomes. What do you hope to achieve with this new initiative? How will you get there? When do the different members of the team come in and how do they contribute? Without clarity of purpose, it is difficult to excite and enthuse others to join your crusade.

Second, try to be as explicit about your plans when communicating them to others. While a hastily scribbled idea on a napkin may work on a plane trip, it scarcely works as a way of getting mutual buy-in from a large group. Use the tools of technology to lay out what you intend to do, and seek to be as transparent as possible (subject to security and sensitivity concerns).

Third, seek everybody’s views and opinions through multiple channels. This can be through both official and unofficial platforms – meetings, lunchtime chats, tea sessions, watercooler conversations etc. Be open to constructive criticism and take whatever feedback that you have garnered seriously when cobbling together your plan.

Fourth, publicly credit contributors of ideas and suggestions. Generating internal goodwill pays tremendous dividends and helps ensure that you have more “allies” on your side – an especially useful tactic when you are launching a somewhat controversial project.

Finally, have a specific point of view about how you would go about achieving your objective, but don’t be an ass about it. Ultimately, one has to hold on to a position in order to get any serious work done. Where possible, try to convince the unbelievers in your most charming “win-win” tone of voice, but don’t cave in to pressure.

Getting internal buy-in is one of the most important skills in any organisation. It is also one of the hardest things to achieve. However, the time, energy and emotional resources spent in convincing team members to jointly own a project is well worth it as the eventual chances of success will be far better than a solo operation.

Founder of Cooler Insights, I am a geek marketer with almost 24 years of senior management experience in marketing, public relations and strategic planning. Since becoming an entrepreneur 5 years ago, my team and I have helped 58 companies and over 2,200 trainees in digital marketing, focusing on content, social media and brand storytelling.
Why You Shouldn’t Eat the Marshmallow…Yet
The Push of Psychological Sways