Why You Shouldn’t Eat the Marshmallow…Yet 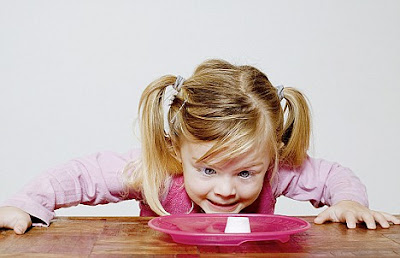 Don’t eat the marshmallow and get two later! (source)

In an age of utmost convenience, instant replies, and quick fixes, one may be lulled into thinking that whatever’s fast to cook is good to eat. The inconvenient truth, however, is that many of the best things in life do not arrive merely at the snap of one’s fingers.

Rome (Disney or Microsoft) wasn’t built in a day. Similarly, major endeavours take months and years of blood, sweat and tears before arriving at the dizzying heights of success.
The key behind building the qualities needed to slog through good times and bad?

By putting aside notions of pleasure to much later, one is able to achieve higher levels of success and hence enjoy sweeter rewards when the deed is done. This is also a test of one’s self control, will power, adversity quotient and discipline.

Joachim de Posada, a well known motivational speaker and author of the book “Don’t Eat the Marshmallow Yet” shared an interesting lesson in delayed gratification through real life examples with kids. Watch the TED video below and see how he communicates this invaluable principle, peppered with wit and humour.

Berto Meister’s blog shared an interesting story on how delayed gratification can have lifelong consequences:

In the 1960’s, Stanford psychologist Walter Mischel conducted what seemed to be an ordinary experiment: to see whether and/or how long children could refrain from eating a marshmallow in order to receive two marshmallows later.

Just about every kid gave in and ate the marshmallow, but some lasted more than others before giving in. Mischel followed up with his original subjects years later and came to realize that his seemingly trivial marshmallow experiment had become the greatest single predictor of future life success, from SAT scores to domestic and professional satisfaction. The key to this puzzle has to do with discipline, self control and will power.

Self discipline is one of the greatest lessons in personal success that can ever be taught. It isn’t easy in an age of instant plugged-in entertainment, available 24 by 7 at the click of a mouse button. However, it is an important principle that must be reinforced again and again, not only in one’s home but also in one’s workplace, social club or other environments.

On a practical level, how does one apply these precepts?

First, adopt a long-term mindset and practice visualising the long-term future for yourself, your family or your organisation. While the occasional low hanging fruits are necessary to be harvested – and an important principle of motivational management in itself – do not forget to cast your eyes on the longer horizon.

Next, you should try to minimise distractions wherever possible or set aside ruthlessly imposed time windows for recreation or pleasure. For example, after two hours of hard work at whatever you are doing, you could give yourself 20 minutes of “iPad time”, tuck into Haagen Dazs most sinful flavour, or watch your favourite “Family Guy” video.

Finally, consider exercising on a regular basis or to practise meditation so that you can be more focused. The physical demands of exercise coupled with the endorphin rush thereafter helps you to quieten your restless spirit and to concentrate on the task at hand. Similarly, the discipline of meditation requires you to shut out all the disturbing noises in your head.

To conclude, just remember that postponing one’s pleasures to a later date can result in a bigger and more satisfying reward. For sure, you should take short breaks now and then if you’re truly fatigued. However, don’t veer off the course so much that you lose your bearings in the long road to eventual success.

Founder of Cooler Insights, I am a geek marketer with almost 24 years of senior management experience in marketing, public relations and strategic planning. Since becoming an entrepreneur 5 years ago, my team and I have helped 58 companies and over 2,200 trainees in digital marketing, focusing on content, social media and brand storytelling.
Divergent and Creative Thinking
The Importance of Building Consensus