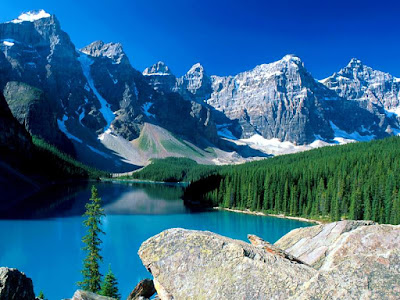 The awesome Moraine Lake at Banff, Canada (source of image) 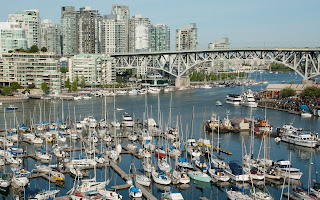 Our itinerary will first take us to Vancouver where we’ll spend a couple of days in the city exploring its gardens, parks, museums, coastal roads and other areas. The Capilano Suspension Bridge and probably the Greater Vancouver Zoo are likely stopovers. 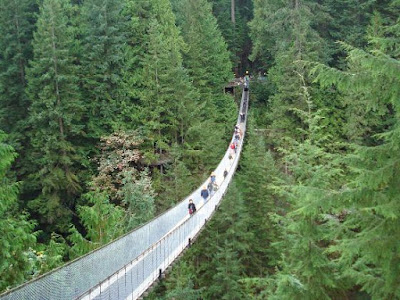 Next, we’ll drive to Kelowna for a one night stop over (while seeing Lake Okanagan). This will be followed by a drive eastwards, where we’ll stop by the Rocky Mountain Buffalo Ranch, Glacier National park and more. We’ll spend a couple of nights at the famous Banff region of the Canadian Rockies. There, we will explore/trek the national parks like Yoho Park, Johnston Canyon, and the two beautiful Lakes Louise and Moraine. 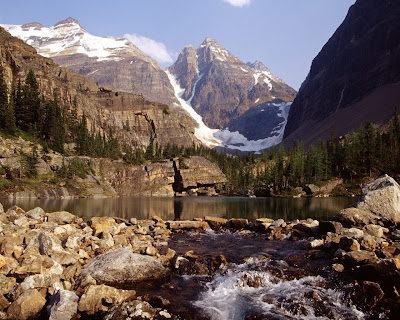 Hopefully, we’ll be able to catch some wildlife along the way – grizzly bears, black bears, mooses, elks, bisons, wolves – while taking in the breathtaking vistas of the mountainous areas. 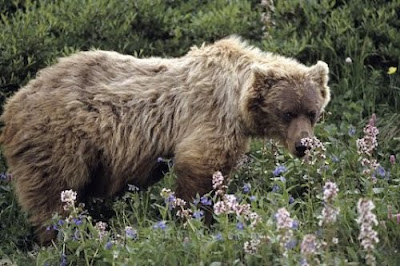 Courtesy of Pictures and Photos of Canada 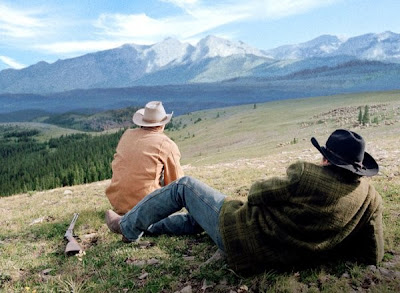 A beautiful place to fall in love (courtesy of Sweensryche sez…)

Thereafter, we will journey north to Jasper. Along the way, we’ll probably stop by Peyto Lake, Bow Lake, and the fabulous Athabasca Falls. Driving on the Parkway Icefields, we’ll probably also view or trek along some of the waterfalls, lakes or glaciers. 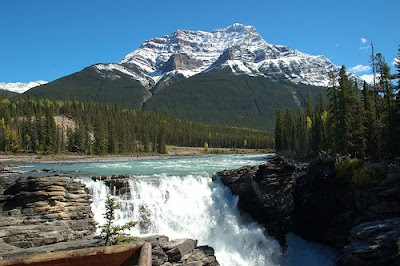 At Jasper, other spots we’ll be stopping over include Mount Edith Cavell, Mount Robson, and Lake Maligne. Following that, we’ll loop back to Kamloops for a stopover before proceeding to Whistler (where the Winter Olympics were held). At Whistler, we’ll go for a gondola ride, catch some black bears on a tour, or perhaps just mountain bike around the Blackcombs region. 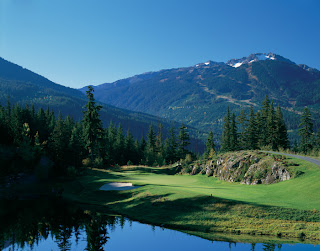 From Whistler, we’ll drive back to Vancouver where we’ll catch some of the other sights which we missed, and perhaps make a day trip to Victoria Islands. I hear that the Butchart Gardens there are quite beautiful. 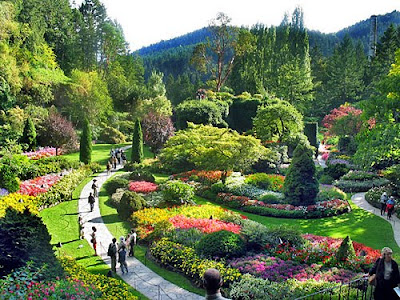 Thereafter, we will be coming back home to sunny Singapore.

Sounds like a plan? I’m certainly looking forward to canucking!  Hopefully our photos will turn out just as gorgeous as these!

Founder of Cooler Insights, I am a geek marketer with almost 24 years of senior management experience in marketing, public relations and strategic planning. Since becoming an entrepreneur 5 years ago, my team and I have helped 58 companies and over 2,200 trainees in digital marketing, focusing on content, social media and brand storytelling.
Universal Studios Singapore Opens in Grand Fashion
Penning Papers that Persuade