What Facebook, Google Reader and iOS5 Have in Common 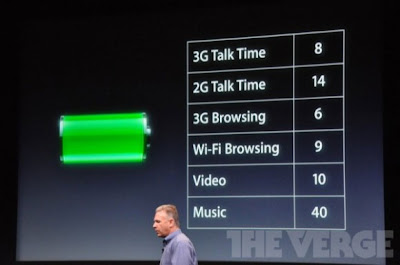 Something wrong seems to be happening in the hallowed corridors of Tech.

First, we’re met with the “dynamic” and ever changing new Facebook News Feed which apparently is riling many of us. Between “Top Stories”, “Recent Stories”, “New Entries”, and the ever updating Ticker on the right which gives me a constant migraine.

Of course, this isn’t the first time that Facebook has been lambasted for layout changes. I’m sure many of my friends would agree that they’re complicating things unnecessarily.

Meanwhile, Google + has started catching up with Facebook, achieving in 3 weeks (20 million users) what Facebook took years to accomplish. Unfortunately, while I like its simpler interface, migrating my 1,100 odd friends to a new platform is not going to be easy.

While Google seemed to have scored with Google + (so far. Let’s not forget they’re killing Google Buzz), they hit a bald patch with their new updates to Google Reader. Being a regular user of Google Reader, I find it confounding now that all the entries are sorted alphabetically. Apparently, I’m not alone.

Even the king of human oriented design Apple seem to have stumbled with the recent iOS 5. The biggest news is that it has been identified as the culprit sucking the battery life of the latest iPhone 4S dry. The operating system “upgrade” is also causing users lots of grief, taking forever to install, causing one to lose apps, and practically slowing everything down on older iPhones and iPads.

Of course, software giant Microsoft isn’t innocent either. I remembered in the past that I could switch on my PC, go the loo for a wee, grab an apple (the red juicy variety), scan the headlines, return to my desk and still have time to listen to their ubiquitous opening chime. Many of us probably only use 10% of the features in Microsoft Word, Excel or Powerpoint (thank God they got rid of that irritating “helper”).

Perhaps all these tech giants up yonder could KISS (Keep It Simple, Stupid!) and make up with their consumers.  Apple seemed to be getting it, at least until iOS 5’s “Battery Gate” which unfortunately have to happen so soon after Steve Jobs’ death.

Do consider the user experience from ordinary folks like us – not just the geek and gadget wizards.  We’re less enamoured by your technical wizardry and shiny new objects than your ability to help us achieve what we need to get done in the least painful and most hassle free manner.   Spare us the over engineering and over design that adds confusion and frustration to our modern day hyper connected and hyper stressed lives.

What are your views on technology complicating (as opposed to simplifying) our lives?  Do you agree with what I’ve said?

Founder of Cooler Insights, I am a geek marketer with almost 24 years of senior management experience in marketing, public relations and strategic planning. Since becoming an entrepreneur 5 years ago, my team and I have helped 58 companies and over 2,200 trainees in digital marketing, focusing on content, social media and brand storytelling.
Hallmarks of Successful Entrepreneurs (A Local Perspective)
Smithsonian Institution: A World Class Museum Operator