How LEGO Creates a Lasting Legacy Wonder how LEGO manage to rule the roost as one of the world’s most successful brand?

On a recent visit to Toys “R” Us at VivoCity with my kid, I observed that there are more and more interlocking brick toys filling the shelves these days.

Inspired no doubt by LEGO, brands like Mega Bloks, Coko and Tyco Toys are now emulating the same success strategy employed by the 80 year old Danish company, albeit charging a lower price for their bricks. While competitors are nipping on LEGO’s heels with the expiry of their patents, the Danish toy giant is still leading the pack.

In the last few years, it reinvented itself again and again to remain relevant in the age of video, computer and handheld games. LEGO has not only survived but thrived, selling its much loved hard plastic bricks that fuel the imagination of boys (and increasingly girls) of all ages around the world. According to LEGO’s website, the name ‘LEGO’ is an abbreviation of the two Danish words “leg godt”, meaning “play well”.

The LEGO Group was founded in 1932 by Ole Kirk Kristiansen and is currently headed by the rather youthful 42 year old Jørgen Vig Knudstorp – a beloved leader who helped to turn around the company in 2004. His efforts drove LEGO’s annual global turnover to hit US$3 billion with net profits of US$700 million in 2010.

Beginning with its ubiquitous hard plastic bricks, the group now has businesses in movies, board games, video games, books, retail stores, and five LEGO Land theme parks around the world (with the newest in the Iskandar region of Johor Bahru opening next year). What are the success strategies of this beloved global toy brand? How has it differentiated itself from multiple other players in the white hot toy market?

Anybody who is a LEGO fan knows how rapidly the brand introduces new toy designs and concepts each year to cater to its market. They range from a wide variety of themes like town and city, space, robots, pirates, Vikings, castle, dinosaurs, the wild west to more recently spinning ninjas (Ninjago).

To cope with the relentless competition, the company invests considerably in its R&D initiatives and has some 600 United States granted design patents to its name.  In fact, product innovation helped it to avert a near-death experience in 2003. The biggest product innovation of the group is of course the LEGOLand theme park – a culmination of all things LEGO realised in a human-sized sprawling thematic experience. 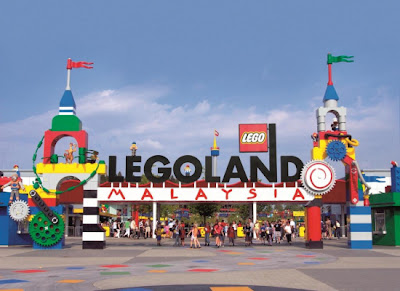 The upcoming Legoland Malaysia is opening soon (source of image)

While launching an endless stream of new toy products, LEGO has also taken care to ensure that the basic modular nature of its bricks do not differ. The ability to forward and backward integrate new product lines with prior series of toys helps customers to grow and expand their collection without having to shelve their older toys.

The other feature of all LEGO toy sets is the ability to create multiple options which can be “plugged and played” with other compatible sets.  This helps to ensure the longevity and play value of its toys while fueling the creativity of their customers. From kids of all ages to teens and adults, fans are a big reason for the survival of LEGO. In fact, the company embraces an active strategy of crowdsourcing and community building to get their best customers into the act.

One of these customer engagement platforms is the LEGO Ambassador programme made up of 40 fans aged 19 to 65 from around the world, while the second is LEGO Clicks – a collaborative website that encourages fans, artists, designers and inventors to share their own LEGO creations. A Lego For Any Age or Interest

Those familiar with the LEGO brand of toys would know that there is a LEGO set for kids of any age – from Duplo for toddlers, Fabuland for slightly older pre-schoolers, to the engineering oriented LEGO Mindstorms set complete with motors, batteries and moving mechanical parts.

This focus on disparate segments allowed the brand to transcend different demographic and psychographic segments, with the latest target group being the hugely lucrative girls market with LEGO Friends, its latest $40 million marketing push. 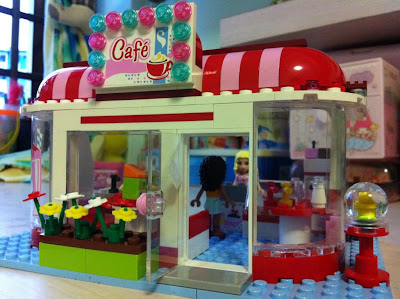 For kids like my 8 year old boy, the Bionicle and Hero Factory series seem to resonate with the right mix of technical difficulty, cool heroic robotic designs, and always awesome macho-istic array of death dealing arsenal. The other aspects of LEGO are its positive skill building qualities coupled with its longevity as a heritage brand. This helped the brand to do what I call inter-generational marketing – reaching both parents and kids at the same time.

Many parents, including yours truly, was raised on an engineering and spatial intelligence enhancing diet of LEGO, and we’re partial to its educational qualities (as opposed to the latest action figure). LEGO’s movie tie-ins with cartoons and film franchises are legendary, and they include Star Wars, Indiana Jones, Toy Story, Thomas the Tank Engine, Pirates of the Caribbean, Prince of Persia, and the Harry Potter series.

By capitalising on popular culture, LEGO is able to ride onto the current wave of excitement in toys and related merchandising efforts. To reach its customer groups of mostly primary schooling kids with a heavier skew towards boys than girls, the toy giant also launches various creative advertisements and promotions that are often linked to their products.

Other than the more straightforward “shop & win” contest below, LEGO has also launched various promotions tied to the seasons like Christmas, school holidays and so on.

These are often localised and done in partnership with their retail channel partners. Finally, what sets LEGO toy store displays apart from others is their creative use of LEGO bricks to create large building structures which are eye catching yet thematic.

The imprint of the LEGO logo on every brick creates a brand identity like no other, and the characteristic shapes of LEGO bricks moulded and built into different architectural structures always catches the imagination.

Most of its store displays and dioramas are also designed to accentuate the unique features of their products. Are you a fan of LEGO too? If so, what else do you think could have led to their stunning and enduring success?

Founder of Cooler Insights, I am a geek marketer with almost 24 years of senior management experience in marketing, public relations and strategic planning. Since becoming an entrepreneur 5 years ago, my team and I have helped 58 companies and over 2,200 trainees in digital marketing, focusing on content, social media and brand storytelling.
Are Travel Fairs a Good Way to Sell Holidays?
Ways to Embrace a Kinder Economy