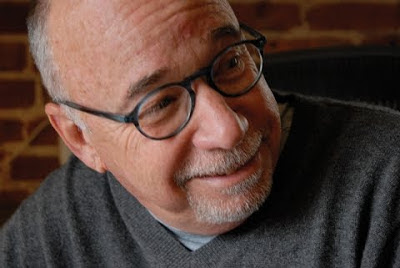 Well, Bob Hoffman (above) seems to think so.

Before I talk about Bob’s ideas, let me state that I love Mitch Joel’s Six Pixels of Separation podcasts.

Unlike other social media/digital marketing consultants, Mitch isn’t afraid to cast “shiny bright objects” into the recycling bin. His podcast conversations with guests are frank, forthright and thought provoking.

In a recent episode, Mitch spoke to Bob Hoffman of Ad Contrarian. A wizened ad agency man, Bob is pretty atypical. He is unafraid to speak his mind and dispel the smoke screen surrounding all the social media marketing gobbledegook.

Quoting from Digiday (hat tip to Mitch), this was what Bob said about social media marketing:

“… They have had a parade of social media miracle cures that were going to ‘change everything’ — blogs, podcasts, widgets, YouTube, Facebook, games, Twitter, LinkedIn, FourSquare, Pinterest, QR codes and, of course, now content. Mostly they have turned out to be over-hyped, marginally-to-moderately effective marketing tools that have not been game-changers, as advertised. The digital ad industry is unreliable at best, and irresponsible at worst.”

With that in mind, let me share some of his more “contrarian” fluff-free assertions.

First, and perhaps the most radical, is the idea that the brand is only about two things:

In Bob’s world, branding isn’t a verb. You cannot “brand” a company. Instead, a brand is a noun. It is the outcome of great products and wonderful customer service which helps to get the word out.

By emphasising the form rather than substance of marketing, companies are getting it all wrong. You need to build a fabulous product and treat your customers fabulously FIRST before you build a brand. Doing it the other way around with fancy logos, stylish ads, cutting edge designs or knock-you-out Facebook fan pages ain’t gonna work.

The other “inconvenient truth” which Bob shared is that social media marketing doesn’t build brands. Most of the major brands were built by television, radio or newspaper advertisements.

If we examine the top performing “social” brands, for instance, guess what? Most of them are already huge on mainstream channels. What social platforms do is enhance what is already a good product or service from a solid company.

(Of course, there are exceptions like Zappos.com, Amazon and Google. However, the majority of leading brands on the planet were mostly built from non “social” means.)

In Bob’s view, social media, like much of the Internet, is a demand fulfillment engine. It does not create demand per se. What’s more, display advertisements on the web, be they on Google, Facebook, websites and so on, are usually tiny. They function more like tiny newspaper ads (those that nobody see) rather than television or radio ads.

The challenge is that people do not visit websites to be interrupted. They are there to fulfill a specific informational or communication need. Trying to distract them with pop-ups, music, roll-overs or other forms of ads are huge NO NOs. This becomes even more irritating when it happens on their mobile devices.

In case you’re wondering, interactivity isn’t really cutting the ice either. According to Bob, consumers have shown no inclination to interact with online ads. Those games, apps and contests (with all the fancy bells and whistles) hasn’t really changed their advertiser’s brand equity.

And guess what? MediaCorp and SPH needn’t fear!

People are still watching television according to recent polls. In the US, about 93% of Americans are watching them in real time (the figure is probably similar in Singapore). Newspaper readership is still high, and much of what gets spread around on social networks are news generated by mainstream media players. I know this is definitely true in Singapore.

This means that the social media snake oil salesmen are wrong. The Internet/social media hasn’t destroyed the newspaper, television or radio. It has not decimated outdoor advertisements nor resulted in the death of brochures and flyers.

(On the contrary, media companies are growing bigger and stronger with significant presences in social media.)

In Bob’s view, consumer behaviours hardly budged in the last few decades. Many of us still purchase from supermarkets, dine at restaurants, or watch movies pretty much the same way. What social media and smartphones may have done is to change the way we interact and communicate with others. However, it hasn’t really shifted the way we interact with brands or consume.

So is it all gloom and doom then?

Well, I suppose it is useful to take a sensible approach to marketing. Be open to both old and new ways. Explore what mainstream media and social media can do for you. Understand that while social media marketing can enhance an already established brand, you should still focus on the business fundamentals.

Bob’s advice on branding also rings true in most cases. Focus on building the best company with the greatest products in the world, and lavish care on your customers. Once that is done, you can then look at how marketing and advertising can assist in getting the message out. In other words, don’t put the cart before the horse.

Do you agree with the views above? What has your experience of social media marketing been? 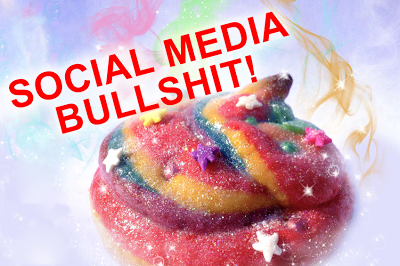 Hopefully the above isn’t true (courtesy of Merlin’s Blog)

Founder of Cooler Insights, I am a geek marketer with almost 24 years of senior management experience in marketing, public relations and strategic planning. Since becoming an entrepreneur 5 years ago, my team and I have helped 58 companies and over 2,200 trainees in digital marketing, focusing on content, social media and brand storytelling.
How Pleasure Works – Book Review
Samsung Launches 1st Pop-Up Shop in Asia