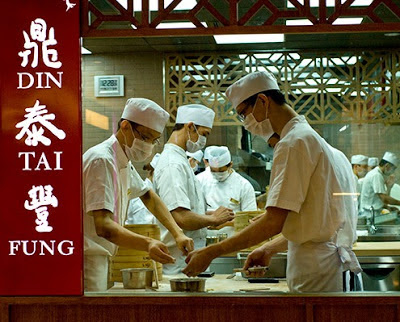 Business as usual can no longer work in Singapore. We desperately need to change.

While we’ve enjoyed modest economic growth of 1.3% in 2012, and are estimated to experience 1% to 3% GDP growth this year, labour productivity declined by 2.6% last year. This wiped out productivity gains of 1.3% the year before, with the impact felt across manufacturing, construction and services sectors. Only the Info Comm sector experienced growth.

Fortunately, there is some light at the end of the tunnel. Enlightened firms have boosted their productivity through technology, automation, worker training, job redesign, and process reengineering. By improving the productivity of their business practices, Small and Medium Enterprises (SMEs) could also raise their game and strengthen competitiveness.

Hopefully, such strategies could translate to improved business performance while reducing dependence on a large unskilled workforce. If done well, it may also slow down the inflows of cheap foreign workers and alleviate Singapore’s human crush in housing, transport and other infrastructure.

What, however, is productivity? How is it measured and why is it important?

According to SPRING Singapore, productivity isn’t just about making your staff work overtime or cutting costs. Quoting from their excellent guidebook, productivity is “..a measure of the effectiveness and efficiency of your organisation in generating output with the resources available.” This can be represented by the following equation:

In the equation, outputs can be measurable units of production. These may be the number of widgets produced, tickets sold, or plates of hokkien mee served. However, it is probably more accurate to measure outputs in terms of financial value, ie sales turnover, profit, or value added (more on this later).

On the other hand, inputs are the resources used to generate those outputs. They include labour (no of workers, no of hours worked, salaries paid), capital, equipment, buildings, and other items.

The next step is to derive the value added generated by the enterprise. Used to represent the wealth produced by an organisation, value added is redistributed to stakeholders such as business owners, employees, the government as well as depreciation (illustrated below): 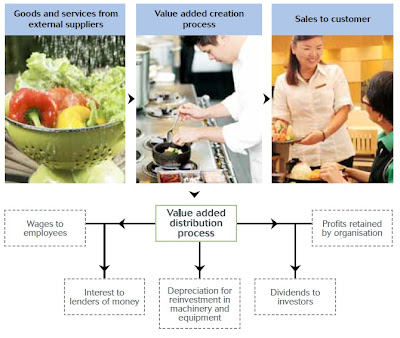 There are two ways to calculate value added: subtraction or addition. I much prefer the latter as it clearly depicts how wealth is allocated in a company. This can be represented by SPRING’s equation and table below: 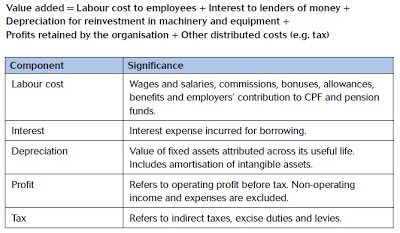 Once we’ve got the value added, we should then divide it by the inputs used to determine the productivity of the organisation. This can be either labour, capital, or space/area, and can be represented as follows:

By now, you’ve probably guessed that the most studied management indicator is labour productivity measured by the value added per worker. In most service and commercial businesses, manpower is the most important resource. It is often also the greatest cost component.

Once the disparate parts are analysed, appropriate solutions could be recommended. This could be in reducing the ratio of cost of goods sold relative to sales value (by better sourcing), improving the throughput of customer per staff (through technology or automation), or generating greater space yield (through layout planning).

Founder of Cooler Insights, I am a geek marketer with almost 24 years of senior management experience in marketing, public relations and strategic planning. Since becoming an entrepreneur 5 years ago, my team and I have helped 58 companies and over 2,200 trainees in digital marketing, focusing on content, social media and brand storytelling.
Join Elmo in Singapore’s First Sesame Street Ride
7 Management Lessons from Shackleton