The Greatest Tip in Social Media 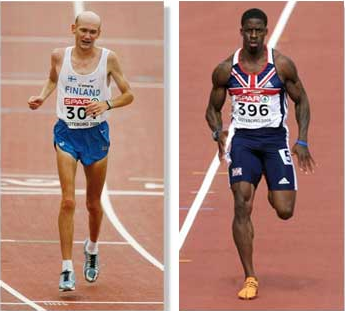 Which would you rather be? A marathoner or a 100-metre dasher? (source)

Do you know what the most important tip in social media success is?

Let me give you a few hints.

END_OF_DOCUMENT_TOKEN_TO_BE_REPLACED END_OF_DOCUMENT_TOKEN_TO_BE_REPLACED

Copyblogger, one of the world’s most popular for writing aficionados like yours truly, featured this excellent post on writing effective copy by Brian Clark. I have read plenty of copywriting tips in my lifetime, but this is probably one of the best I have come across. Read it, apply it to your writing, and voila! Watch those customers come queueing at your doors…. (if only it was this simple)

Writing to Save Your Life

I came across this post by Kian Ann recently on the need to write well on the Internet. While crafting some suggestions to him on the comments section, I decided that I might as well expand this into a blog post.

How does one write well? Is there a secret formula that you can apply in order to be a wicked wordsmith?

END_OF_DOCUMENT_TOKEN_TO_BE_REPLACED An example of an advertising analogy and metaphor (source of image)

Have you wondered why certain speakers and writers can bring their ideas across so elegantly? How do they transform a complex (and sometimes obscure) concept into one which we can see in our heads with such clarity and definition?

The answer lies in their ability to to tell stories with rich and powerful analogies, allegories and metaphors.