The Fragility and Fury of Pompeii 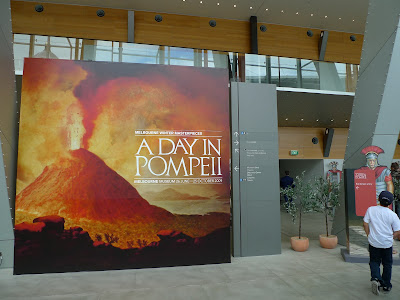 After waiting for the (non-volcanic) dust to settle from my assignments, readings and thesis writing, I took some time off today to visit the exhibition “A Day in Pompeii” that is now showing at the Melbourne Museum till the end of October. I have a personal interest to view this blockbuster exhibition as I have visited the site some 15 years ago in 1994 when I toured Europe as an undergraduate. If you wish, you can actually experience Pompeii online with this wonderful virtual walk through that allows you to see what is available in each gallery. Of course, nothing beats the real thing!

Nestled in what is now close to modern day Naples in Italy, the ancient city of Pompeii lived under the ominous shadow of the volcanic Mount Vesuvius. Citizens and residents of that town-city were used to the occasional rumblings of the dormant volcano, and took it quite matter of factly. It became a part and parcel of life, according to famed Roman lawyer and magistrate Pliny the Younger. Nobody could have suspected that a disaster of cataclysmic proportions was about to occur.

As I walked through the galleries of the exhibition, it dawned on me that life in the heydays of the mighty Roman Empire was one of hedonistic pleasure and abundance. I could imagine myself as an ordinary Roman, engaging in commerce using the Roman coins (inscribed with the image of Caesar), conversing with friends in the village square, soaking in the cool waters of the public baths, indulging in feasts like fresh bread, cheese and fish, washed down with fine wine. If I felt bored, I could book a place at the coliseum to watch strapping young gladiators sparring with each other or fighting against lions and other wild beasts.

All that changed on the fateful day and night of 24 August AD 79.

What started out as a murmur grew bigger and more violent as the day passed, hour by hour, minute by minute. Volcanic ash and rocks like pumice and sandstone were strewn high into the air, cascading down upon neighbouring towns like Herculaneum and Pompeii. As the rumblings grew stronger and more violent, roof tiles fell from houses and residents, and ordinary Pompeii-ans fled if they could.

As the mountain of fire grew taller and spewed a vertical cloud of hot ash and stone that reached 30 km into the sky and was superheated up to close to 1000 Deg Celcius. The Sun was obscured and hidden by the thick smoke and ash, enshrouding the region in a deadly darkness. As the hellish rain of ash, rock and smoke plummeted down upon the Earth, it killed anything that it came into contact with.

Unfortunately, many were caught in the hail of brimstone and fire. An estimated 10,000 to 25,000 from Herculaneum and Pompeii perished virtually overnight. What’s especially chilling to note is that Mount Vesuvius is still active and considered one of the world’s most dangerous volcano. Its last eruption was in 1944.

The plaster-casts of humans trying to escape were horrifying and life-changing reminders of the extent of Mother Nature’s wrath. A man and a woman embraced their last, while a young woman shielded her face with her robe in the midst of the deadly rain. A prisoner chained to his cell still bore the iron shackles which held him to his painful death, unable to escape the tragedy of his transgressions. Especially poignant was the cast of a dog, its bronze collar displaying shades of green around its neck, a victim of its master’s negligence.

Naturally, the aftermath of Mount Vesuvius’ fury is well-documented and studied. In fact, Pompeii is considered to be the most well known archaeological site in the world and purported to be the catalyst for archaeology. To date, about two-thirds of the site has been unearthed, while historians, scientists and archaeologists slowly uncover more and more of this buried city, ever conscious of the need to preserve its integrity as much as possible.

What’s especially significant about my visit was the reflection of how fragile life can be in the wake of Nature’s all consuming power. Man in all his glory and might is but a puny living thing at the mercy of God. The edifices of civilisation and achievements of culture are but a mere scratch on the Earth’s surface compared to epic scale and scope of physical and natural forces. Pompeii is a sobering reminder for us to pay our respects to the land, sea and mountains where we draw sustenance from and to stop our destructive practices and habits. 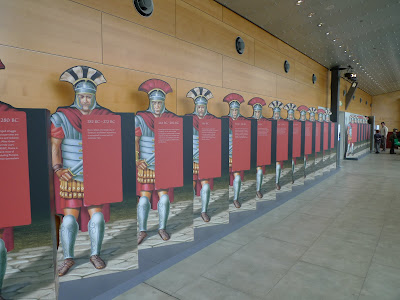 Founder of Cooler Insights, I am a geek marketer with almost 24 years of senior management experience in marketing, public relations and strategic planning. Since becoming an entrepreneur 5 years ago, my team and I have helped 58 companies and over 2,200 trainees in digital marketing, focusing on content, social media and brand storytelling.
Why Less is Often More – The Power of Focus
Which Comes First? The Picture or the Word?