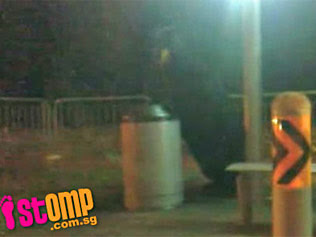 Are we Singaporeans too straight-laced to stomach marketing gags? Do we like our advertisements to be plain, direct, and in-your-face?

By now, everybody would have heard, seen and spoken about the sighting of a “bear” rummaging through rubbish bins at Ulu Pandan. This was caught on video by a concerned member of the public and posted online (see below).

As expected, such an escaped “animal” generated ripples, waves and even tsunamis of public alarm and media attention. It triggered off a “bear hunt” comprising a team of some 12 Zoo employees and animal activists from ACRES storming the area armed with tranquiliser guns to bring down the “creature”.

Several PR experts have joined the fray. Almost everybody interviewed had a negative opinion of what Phillips and its agency the Secret Little Agency has done. The police are also probing the incident, and mulling over the possibility of imposing a S$1,000 fine on Phillips.

This brought to mind an earlier “vandalism” campaign by Singpost which also went awry. Held in anticipation of the then upcoming YOG games, it stirred complaints from the public, and even prompted a member of the public to think that a defaced signboard in Mount Faber was done in the name of guerrilla marketing. 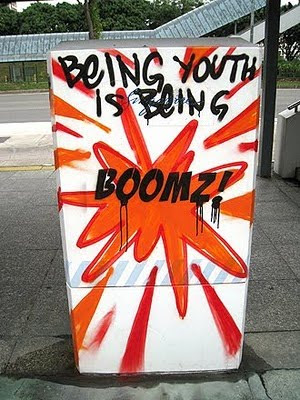 Fortunately, guerrilla marketing did have some successful local cases (at least from the awareness point of view), like the GMP Raffles Place Ghost. It not only garnered advertising and PR awards, but resulted in greater mindshare and top-of-mind-recall for the recruitment agency, with significant exposure on multiple media channels.

In case you’ve missed it, I attach the video below for your viewing pleasure.

Another earlier example which involved the launch of unconventional soft drink brands “Anything” and “Whatever” has also enjoyed fairly enduring success after the hype of the campaign was over. The company Out of the Box Pte Ltd is no longer peddling the drinks, despite suffering from an initial public health backlash. 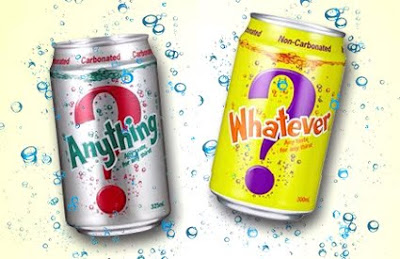 What does this say about the success (or failure) of guerrilla and viral marketing efforts in Singapore? I’ve got some thoughts here.

First, it’ll be interesting to see if the effects of bad press are truly detrimental to such campaigns. Whichever way you lean, you’ve got to admit that the buzz generated by the media has catapulted relatively unknown companies into the limelight – albeit for the wrong reasons. I do sometimes suspect if some of these “negative” outcomes were intentionally orchestrated by the perpetuators in the first place. Hmmmm…

Second, it is important for companies and brands to ensure that there are positive correlations between a marketing stunt and the brand’s unique value proposition. Is there a link that the consumer can derive between a bear and a new brand of shaver? I like how “Anything” and “Whatever” did it, as their offering (serendipitous drink flavours) sit in well with the messages put forward in the campaign.

Third, consider the socio-cultural contexts of your customers and “publics” when launching a “shock and awe” campaign. Asian societies tend to be less forgiving of trickery, while a guerrilla marketing effort that tries too hard (but fails) is likely to be scorned in Western markets.

Finally, think carefully about the need for such initiatives in the first place. Most guerrilla, viral and buzz marketing endeavours have a relatively short life-span beyond their initial hype. Often, few would bother about them after the dust has settled – except perhaps for weird marketing and PR hacks like me!

Founder of Cooler Insights, I am a geek marketer with almost 24 years of senior management experience in marketing, public relations and strategic planning. Since becoming an entrepreneur 5 years ago, my team and I have helped 58 companies and over 2,200 trainees in digital marketing, focusing on content, social media and brand storytelling.
The Push of Psychological Sways
I am Drowning and Need More Staff!